Christmas and the subtle art of giving a fork

Justine Toh on why Christmas is a message about giving a fork (a reference from 'The Good Place').

For the sake of good manners, let’s pretend we’re in the heaven of NBC’s The Good Place, where every attempt to swear is hijacked by a lame alternative.

“Christmas is a nightmare of gift-giving and fork-giving,” declares Sarah Knight halfway through The Life-Changing Magic of Not Giving a F***.

It’s hard to disagree, especially in the face of grim showdowns over the last available space in the shopping centre car park, the inevitability of blowing the Kris Kringle budget and the family tension Christmas reliably triggers over religion, politics, and other unmentionables of polite conversation.

Hence Knight’s thesis that if you want to live your best life, free yourself from stresses both petty and profound. Don’t care. It’s all part of her grand plan to free up your valuable time, money, and energy so you can invest in people, activities and causes you actually care about.

Mark Manson’s The Subtle Art of Not Giving a F*** agrees: Since you’re going to die one day, he argues, prioritise what really matters to you. Sorting out what does from what doesn’t, he writes, is “perhaps the most worthy struggle one can undertake in one’s life”.

Strictly speaking, Manson and Knight aren’t opposed to caring about anything per se — just about caring for stuff of little significance. Their message has struck a chord with many, and should resonate widely during Christmas — but not for the reason you might think. 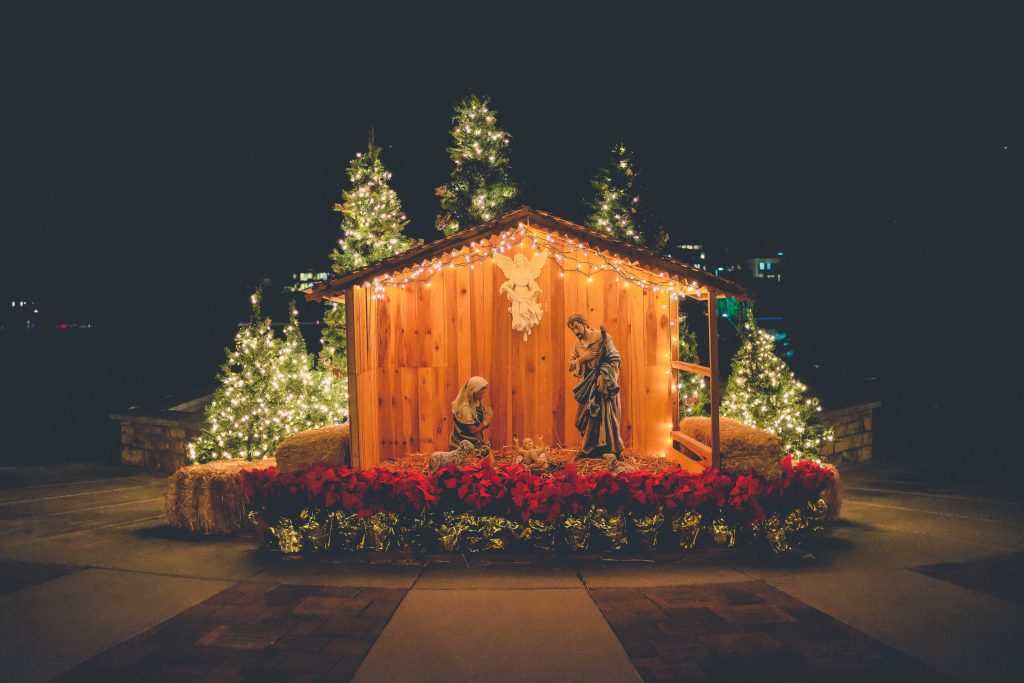 The familiar Christmas tale features the baby Jesus — said to be God in human form. There was a star over the place of his birth; he was born among animals; some guys showed up with gifts.

But Christmas is also the story of a God who didn’t give a fork about staying clear of the mess of the world but got involved in it himself: to the point of being born as a helpless baby exposed to all the highs and lows of human life.

And if you join up the dots from Christmas to Easter, God couldn’t care less that during his earthly life he’d be rejected, despised, and ultimately killed. None of this mattered because for some reason he loves everyone and everything.

At this point, some will object that the Christmas story is all fairy tales and wishful thinking.

But it doesn’t matter if you believe this story to be true — because you live as though it were.

We live as though passion, commitment, desire and devotion really matters, and this is the buried premise of Knight and Manson’s books.

Ancients truly did not give a fig

Our commitment to commitment is in stark contrast to the ancients for whom depth of feeling flouted the virtue of moderation: keeping an even keel in the face of life’s joys and sorrows. Or so says Edwin Judge, Emeritus Professor at Macquarie University and expert on early Christianity and the Greek and Roman world.

Christianity’s story of a God passionately attached to his creatures, so infinitely above them and yet so intimately involved with them, was just plain weird.

For the ancient Greeks, keeping everything in balance was the ideal, which meant that Christianity’s story of a God passionately attached to his creatures, so infinitely above them and yet so intimately involved with them, was just plain weird.

Of course, plenty still aspire to detachment, if the popularity of Buddhism among Westerners is any indication.

But most of us remain passionate about passionate engagement — even if, perhaps in echo of Jesus’ time on earth, we have to suffer for what we really love.

As Manson quizzes his readers: “What pain do you want in your life? What are you willing to struggle for?”

It’s the passionate attachments we make sacrifices for, he writes, that define a life — and maybe that’s appropriate, since our word “passion” is just the Latin word for “suffering”.

If Edwin Judge is right (and I’m not going to argue with all his degrees) then really giving a fork about, well, anything, might just be a gift of Christianity to the Western soul.

Maybe one to be grateful for this Christmas?

Justine Toh is senior research fellow at the Centre for Public Christianity, and co-presenter of the documentary For the Love of God: How the church is better and worse than you ever imagined.