Joy to the world? Really?

How can anyone continue to make the claim that Jesus brings peace and goodwill?

In the classic Chaim Potok novel, My Name is Asher Lev, the young Asher, future painter and Hasidic Jew, asks his mother whether Jesus – whom he has seen in painting after painting of the crucifixion – was the Messiah, as the goyim believe.

Her question lingers. Each year we retell the Christmas story, more than 2000 years old, against a backdrop of human misery and human atrocities. The catalogue this year – massacres, race riots, epidemics, even a hostage crisis in our own backyard – seems, if anything, worse than usual.

Yet the carols we continue to sing and hear at this time of year make their staggering claims cheerfully, unabashedly. “Joy to the world! the Lord is come … No more let sins and sorrows grow … He comes to make his blessings flow”. “It came upon the midnight clear … Peace on the earth, goodwill to men”. “O little town of Bethlehem … The hopes and fears of all the years are met in thee tonight”. 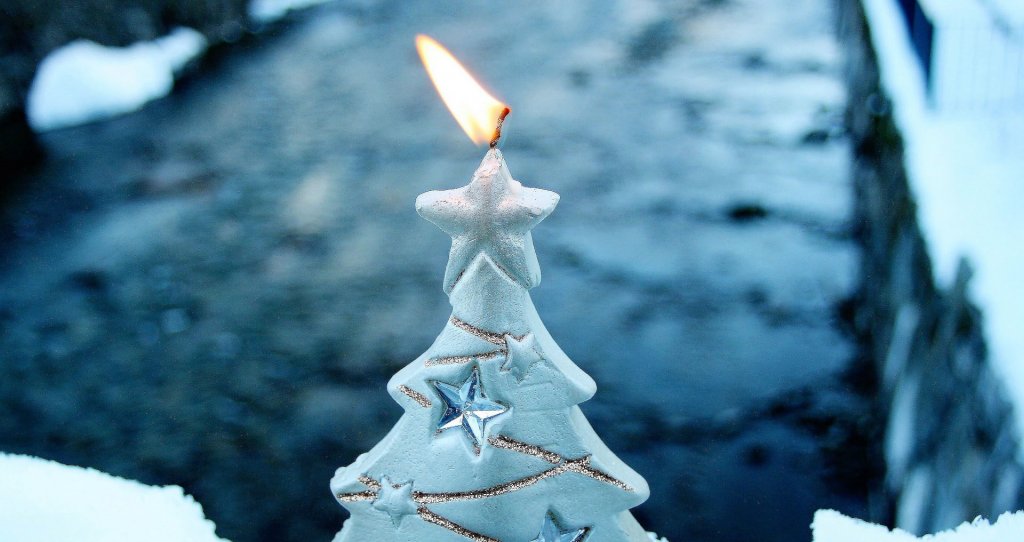 It looks like a retreat from harsher realities; a heart-warming story about a baby born in a manger, a quaint fantasy of visiting kings, angels, and shepherds. But if we go back to the accounts of Jesus’ birth found in the gospels rather than on Christmas cards, that sharp distinction between the squalor and cruelty of the world we know and the serene spectacle of baby Jesus disappears. This is a story of poverty, desperation, and genocide; it takes place against the same backdrop of human misery and human atrocities as Christmas 2014.

And yet: peace on earth, goodwill to men. How can anyone continue to make that claim for the Christian Messiah? Has anything really changed? In fact, does anything ever change? Those at the front lines of human suffering, from aid workers to diplomats to nurses, must often feel like they’re playing a game of whack-a-mole: no problem ever stays fixed.

In most cases we work for local, partial ends, and rightly. But we do it relatively blindly, subject to our limited knowledge and to the law of unintended consequences. The Christmas story is where the local collides, dramatically, with the big picture; where the overall trajectory shimmers and begins to come into focus.

Theodore Parker, a 19th-century American reformer, talked about his glimpses of this historical curve as he campaigned for the abolition of slavery:

“I do not pretend to understand the moral universe; the arc is a long one, my eye reaches but little ways. I cannot calculate the curve and complete the figure by the experience of sight; I can divine it by conscience. But from what I see I am sure it bends towards justice.”

The Christmas story, if true, is the guarantee of this hope. It suggests that God works not by coercion; not by legislative decree (contrary to his reputation, perhaps). His method for change is not top-down: the incarnation could be called the most grassroots movement of all time. The God who takes on human form – whose plan for large-scale change in the world involves the slow growth of a child in a backwater of the Roman Empire, the command to an oppressed people to turn the other cheek, and a publicity campaign carried out by fishermen and similarly unqualified individuals – is no bully. Even peace and goodwill can’t be imposed from the outside.

The promise of Christmas (“good news of great joy for all the people”, as the angels declared to a bunch of terrified shepherds) is that God is in it for the long haul – the long haul of individual transformation, of oh-so-incremental cultural transformation, and only ultimately, still to come, of wholesale restoration of this dirty, broken world.

In his famous “Where Do We Go From Here?” speech in 1967, Martin Luther King Jr paraphrased Theodore Parker as he looked forward to an end to racial hatred and distrust. “The arc of the moral universe is long”, he said, “but it bends toward justice”. Events in Ferguson, Missouri (or Ohio, or New York) half a century on show that his words still require a leap of faith. The radical way of both Jesus in a manger, and Martin Luther King in 1960s segregated America, hints that when it comes to power, less may be more. When it comes to change, what you see may not be all you get.

MLK’s speech, less than a year before his assassination, claimed that hope for true change comes from outside ourselves – in 2014 as much as 1967, or in the days of the Roman Empire:

“… let us remember that there is a creative force in this universe working to pull down the gigantic mountains of evil, a power that is able to make a way out of no way and transform dark yesterdays into bright tomorrows.”

Once more this Christmas, Christians will celebrate the birth of their Messiah. In defiance of recent events, they will continue to place their hopes for justice and peace in this child who grew up to suffer too, believing that his coming signalled the beginning of the end for human misery and human atrocities. The arc of the moral universe looks especially long, and especially crooked right now. But the strangely muted act of divine intervention recounted in the Christmas story promises that there is such an arc, that suffering will not last forever.

That is good news of great joy, for all people.

Natasha Moore is a Research Fellow at the Centre for Public Christianity.

This article originally appeared at The Sydney Morning Herald under the title “Christmas story’s message of hope despite human misery“.