The rhetoric of atheists such as Richard Dawkins would lead many people to believe that Christianity and science are fundamentally opposed. The truth of the matter is, however, that Christianity and science have historically enjoyed a close and fruitful relationship. As John Gascoigne, Professor of History at the University of New South Wales, pointed out in his talk at the symposium, the Church was a major supporter of science in its earliest stages of development.

The main source of this support came from theologians arguing for a kind of natural theology ‘based on the assumption that one could come to know the mind of the Creator from studying Creation.’ In an even more surprising twist, Gascoigne argues that Darwin’s own Origin of Species was developed in an intellectual context steeped in natural theology, and actually shares some important characteristics with this tradition. 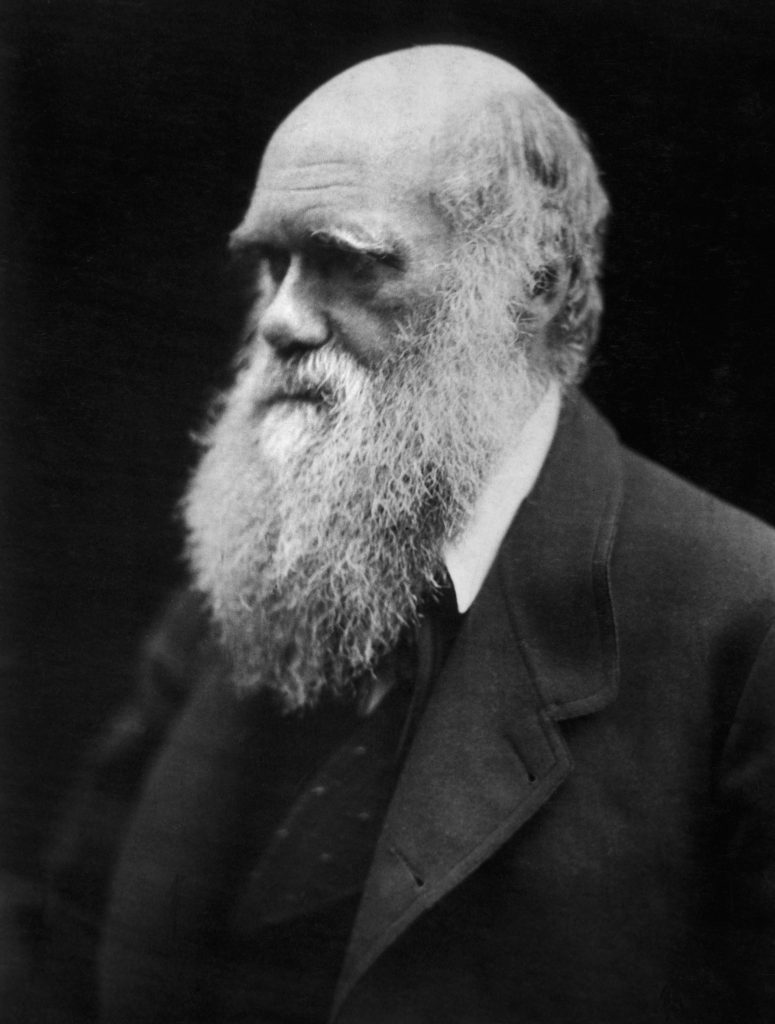 An 1869 portrait of Charles Darwin, the British naturalist whose theory of natural selection fundamentally altered the world’s opinions about the evolution of living things.

Since the late seventeenth century, the combining of science and religion in natural theology had been an important endeavour in Britain. As well as providing rational support for religion, it was the primary way in which educated British society came to know of recent developments in science, as these were used to provide arguments for the existence of God. For these reasons, natural theology was an important part of the intellectual culture into which Charles Darwin was born and educated.

One of the most famous examples of British natural theology was written by William Paley, an Anglican archdeacon. For Paley, natural history, the detailed observation and description of the natural world, provided proofs of the handiwork of an intelligent Designer. As a student, Darwin closely read Paley’s Natural Theology and admired his work. However, Darwin would eventually argue that apparent design was the chance operation of the principle of natural selection, rather than evidence of a divine hand. But his Origin of Species was still shaped in many ways by the tradition of natural theology.

For instance, the very concept of natural selection was analogous to the human use of selective breeding to adjust the species of animals and plants to better meet human needs. Drafts of the Origin even suggest that Darwin saw some kind of intelligence at work in the process of natural selection. He even prefaced the book with two natural theological quotations: Francis Bacon’s exhortation to study both the book of God’s word (the Bible) and the book of God’s works (nature), and an excerpt from William Whewell’s Bridgewater Treatise on astronomy, which referred to God’s divine power establishing general laws.

Although these points suggest that Charles Darwin was open to the idea of natural theology, he did not practise it himself. As his work on natural selection developed, he focused more on chance than design, and his own religious views tended towards agnosticism.

However, others took up the challenge of employing Darwinian evolution within natural theology. For example, Frederick Temple, who later would become Archbishop of Canterbury, preached a sermon for the British Association of the Advancement of Science in 1860 – the same meeting during which Thomas Huxley and Bishop Samuel Wilberforce had their famous dispute about evolution. In this sermon, Temple insisted that God’s action could be discerned in the laws of nature, not in arbitrary limits placed on the scope of the sciences (alluding to what we know today as the “God of the gaps” argument).

Although Temple did not mention Darwin by name, the congregation could conclude that “he espoused Darwin’s ideas fully!” This fitted well with Darwin’s own early view, expressed in a notebook in 1837, that the laws of evolution could be seen as God’s way of shaping the world of nature.

However, Darwinian natural theology did not last, partly due to a decline in the tradition of natural theology itself. Gascoigne attributes this in part to the development of science as a specialised vocation. As science became more self-confident, there was less need for clerical support and other ways to disseminate findings to the general public.

Today, Darwinism is employed primarily on the side of atheism rather than religion. As Gascoigne explains, “While Darwin never totally abandoned some sense that the majesty of the universe suggested some element of purpose and even, possibly, design and certainly maintained an awe at the diversity and creative powers of Nature, the most prominent popularisers of Darwinian evolution emphasise its bleak purposelessness.” In the words of Richard Dawkins, the universe exhibits “nothing but blind pitiless indifference.” This is a far cry from Darwin’s claim at the end of the Origin that there is “grandeur in this view of life.”

But there are still ways of understanding the world both in terms of Darwinian evolution and Christian theology, as the Reverend Dr Stephen Ames explained in his contribution to the symposium, which will be considered in another article. Next, however, we will look at Tom Frame’s discussion of the religious reception of Darwinism in Australia.

Larissa Aldridge is a CPX Fellow and is in the final stages of a PhD in History and Philosophy of Science. She teaches Science and Religion at The University of New South Wales in Sydney.

The Australian Religious Reaction to The Origin of Species