Fairies at the bottom of the garden

Is believing Jesus rose from the dead like believing in fairies at the bottom of the garden?

Religious people generally bristle at the charge that their cherished beliefs belong in the same category as fairies, or dragons, or flying spaghetti monsters. They’re quick to distinguish a faith they experience as rational from mere fables.

But in a recent interview for the weekly podcast I’m part of, I was taken aback when a respected literary scholar, Alison Milbank from the University of Nottingham, said this: 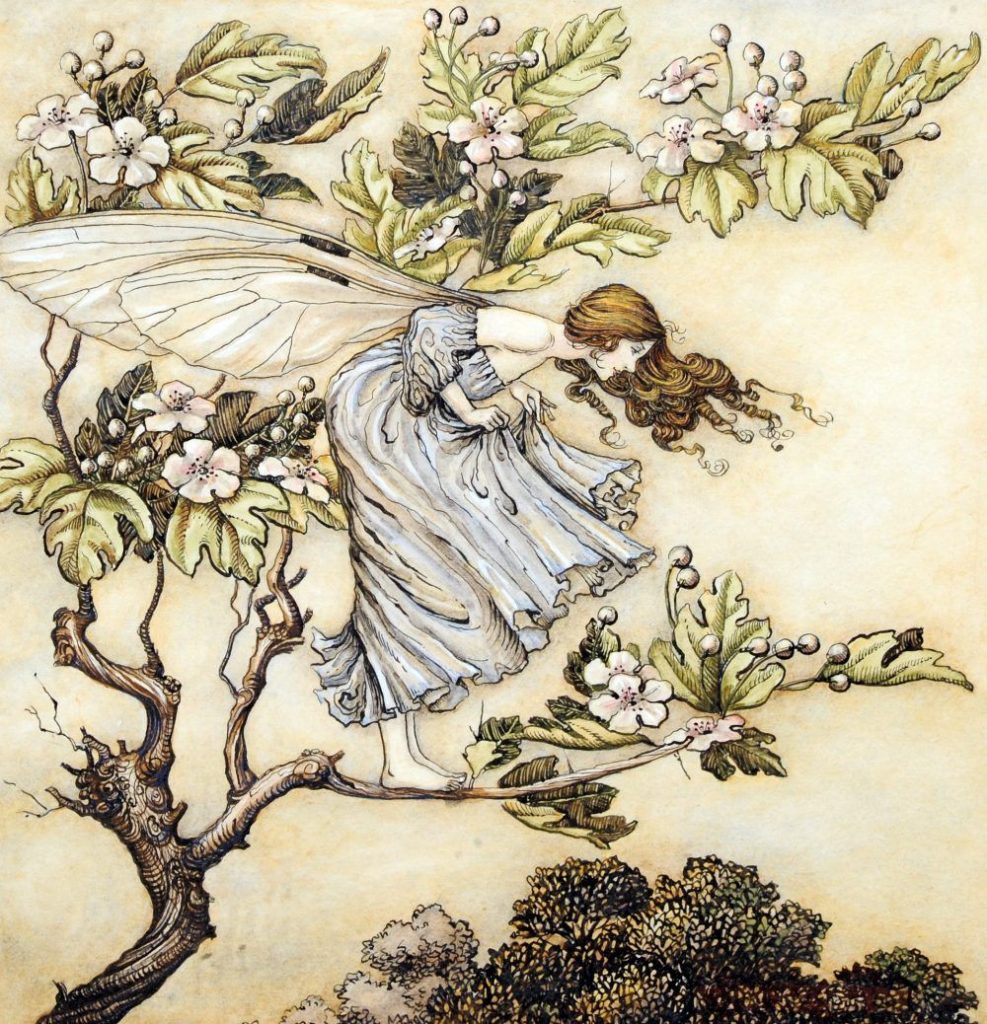 Milbank went on to explain, in her mild, unabashed, extremely English way, that “even if” there are no fairies, they represent something: a mediation between ourselves and nature, a moral order; something just on the edge of our consciousness; an enchantment we’re always losing – fairies are always leaving, always flitting away. It’s an enticing idea. It tells us something about ourselves, and about the world.

In our secular age, we tend to think of disbelief in the supernatural as default. Yet surveys regularly show that the decline of belief in “something more” doesn’t track neatly with the decline of religious affiliation in Western countries.

Even in Western Europe, that bastion of secularism, 65 percent of people say they believe in God or a higher power, according to a 2018 Pew Research Center survey – including 75 percent of non-practicing Christians, and 29 percent of the religiously unaffiliated.

Most Western Europeans also believe in the soul – even among those who reject the existence of a higher power, 22 percent of Brits, 43 percent of the Dutch, and nearly a third of French people still think there’s more to them than just their physical body.

And this is without getting into how many people believe in witches, or horoscopes, or that aliens have visited Earth; or the proliferation even in places like avowedly secular France of private exorcists, mediums, shamans, and “energiticians”. The stats mirror back to us a mosaic of belief and doubt far more intriguing than the black-and-white battlelines of materialism and religion.

There are a few options for responding to this metaphysical jumble. One is to lump it all together in order to dismiss the lot, as the writer Kurt Andersen does in his Atlantic article on “post-truth” thinking in the age of Trump. He excoriates his fellow Americans for their “promiscuous devotion to the untrue”, and proclaims himself one of an embattled minority he loftily calls “the solidly reality-based”:

“Only a third of us, for instance, don’t believe that the tale of creation in Genesis is the word of God. Only a third strongly disbelieve in telepathy and ghosts. … More than half say they’re absolutely certain heaven exists, and just as many are sure of the existence of a personal God … 15 percent believe that the ‘media or the government adds secret mind-controlling technology to television broadcast signals,’ and another 15 percent think that’s possible.”

Equating religious dogma with conspiracy theories with any old supernatural belief may be satisfying – but it does mean being forced to conclude that most of your fellow citizens, and most humans who’ve ever lived, have been loonies. (Some may not consider that a downside.)

Second option: we can focus on where to draw the line between supernatural beliefs that are “reasonable” and those that aren’t – where warranted faith ends and the lunatic fringe begins. I would argue that we have a moral obligation to do this for our own beliefs; but in approaching other people’s, it may be less constructive.

I believe that Jesus rose from the dead for what I sincerely believe to be historical, evidence-based reasons. But not only for those reasons.

Finally, we can opt to bend our attention back on itself – on the phenomenon of faith in the first place. It’s striking that humans are so prone to what Milbank calls a “natural desire for the supernatural”. We can be thrilled by the wonders of the cosmos and the little joys of our daily lives, yet still we yearn for something more. We can suppress it in ourselves and belittle it in others, but it tends to take its revenge, one way or another.

I believe that Jesus rose from the dead for what I sincerely believe to be historical, evidence-based reasons. But not only for those reasons. C. S Lewis, looking back on his conversion from atheism to Christianity, wrote that he once considered the Christian story simply a version of the old myth of the “corn king”, a god who dies and rises again as a symbol of the agricultural cycle. And yet:

“Early in 1926 the hardest boiled of all the atheists I ever knew sat in my room on the other side of the fire and remarked that the evidence for the historicity of the Gospels was really surprisingly good. ‘Rum thing,’ he went on. ‘All that stuff of Frazer’s about the Dying God. Rum thing. It almost looks as if it had really happened once.’ … If he, the cynic of cynics, the toughest of the toughs, were not – as I would still have put it – ‘safe,’ where could I turn? Was there then no escape?”

Lewis came to believe that something could be both myth and fact, at the same time. And he was as shocked as anyone to find in orthodox Christianity the satisfaction of his “natural desire for the supernatural”.

I still don’t believe in fairies. But this Easter I’m retiring my cynicism, and accepting that the near-universal longing for something “beyond” might itself have something to tell us about reality.

This article first appeared at On Line Opinion.