Why is it that any serious contemplation of "home" raises deep spiritual questions? 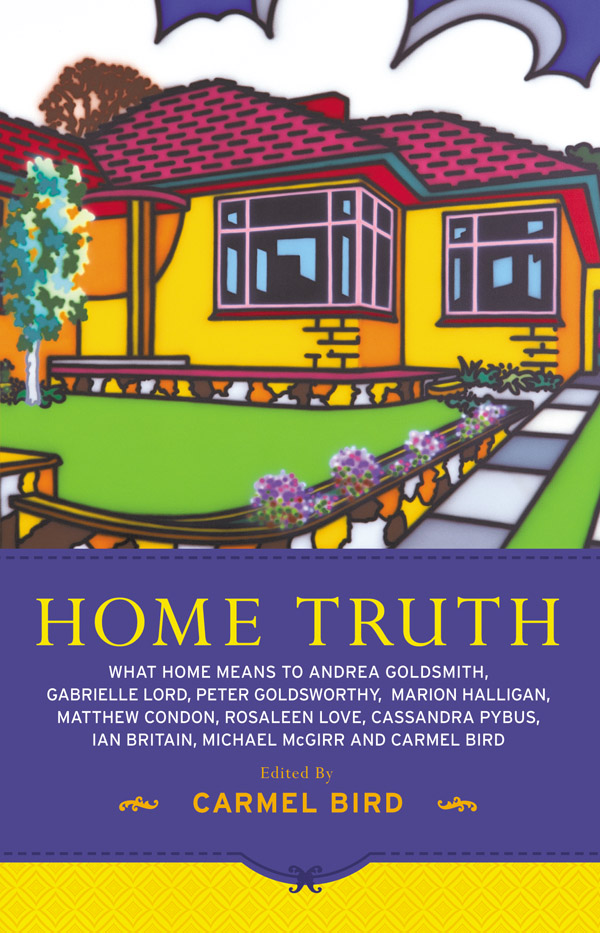 I have a distinct and, for me, a poignant memory from a few years ago of my then 2-year-old daughter taking me by the hand and saying, “Let’s go home Daddy. I want home.” I was sitting exhausted on the front step of the house we had reluctantly moved in to, having left a place we loved. The removalists had just departed leaving every room filled with boxes of stuff to be sorted and unpacked. We were a long way from making this house a home. All of us knew it. We weren’t home. We wished we were.

The concept of home is a powerful motif in the human experience. It can evoke feelings of nostalgia, joy, love, or alternatively loss, sadness and heartbreak. Almost always a contemplation of home involves a longing of one kind or another.

But what do we mean when we think of home? At its best, home is a place of refuge and safety. It’s a shelter from the severity of the outside world. It’s where you can be totally yourself; completely who you are without a mask.

She told Hitchens there was “nobody left on the face of the earth, either friend or relative, who knew who she was. No one remembered her girlhood and her early mischief and family lore; no sibling or boon companion who could tease her about that first romance; no lover or pal with whom to reminisce. All her birthdays, exam results, illnesses, friendships, kinships—gone. She went on living, but with a tabula rasa as her diary and calendar and notebook. (Hitch 22, 367)

Our experience or expectations of home and what that means, have such a lasting influence on our identities. And notions of home bring up a myriad of responses for different people. Perhaps anticipating a collage of such meanings, Carmel Bird invited ten Australian authors to contribute an essay on what home means to them. An intriguing collection—Home Truth is the result.

Some of these authors locate home in a house, or town or country. A number of them speak primarily of feelings and memories. All take relationships and the self as crucially intertwined with what homes means.
For Rosaleen Love it was a family story of migration from Ireland to Australia, looking for a home that would welcome them. For this family, with a new home came a sense of exile from a homeland that had disappointed. She talks about songs of exile – like the 19th century’s “Home Sweet home”—expressing a yearning sadness for a lost place, that suggests that “home exists now only as a memory and, wherever the audience is now, it is no place like home.” (24)

Not surprisingly for a bunch of authors, a common thread was finding something of a home in books, both reading and writing. Marion Halligan, who at various times in her life had made her home in Paris, Cambridge, and now Canberra, found temporary homes within narratives, likening the life of writer to a migratory bird—at home in more than one place.

Andrea Goldsmith describes her home becoming a prison cell of grief after the loss of her long-time partner to cancer. She eventually submerged herself in her books, and ‘read her way back home.’ Likewise, for Peter Goldsworthy and Ian Britain, a type of home was found in books and libraries, as a sanctuary and escape; something constant and reliable.

As with any serious contemplation of what home means, questions of mortality and spirituality inevitably emerge. Cassandra Pyrus found a release from depression in dancing and poetry, which was closely connected to her sense of her soul needing to find a home.

Reading these contemplations I was reminded of the tradition of gospel songs, many of which echo a sense of exile, and a yearning for a lost place. “Soon and very soon, we are going to see the King” says one. “No more crying there/no more dying there … we are going to see the King.” Or dark and brooding Nick Cave insisting that “Everybody’s got a room, in God’s Hotel … you'll never see a sign/hanging on the door/Sayin 'No vacancies anymore'.

Songs like these point to something hoped for and anticipated. Relief from our own sometimes tragically flawed experiences and ‘exile’ from what we could regard as home. Home is always imperfect, always allusive in an ultimate sense. Michael McGirr expresses well the sense of loss and damage that homes can exert:

More than one of the writers in Home Truth referred to Adam and Eve’s expulsion from the garden as an archetype of the distance humans all feel from the harmony we wish for in a home. Milton’s Paradise Lost describes the two sorry figures having been expelled from the garden “hand in hand, with wandering steps and slow/through Eden took their solitary way”. He encapsulates the sense of aching loss they, and all who would come after them must carry on what is at times a lonely and melancholy walk throughout our lives. And yet they have each other and all is not totally lost.

In his book The Longing for Home, American author Frederick Buechner writes, “No matter how much the world shatters us to pieces, we carry inside us a vision of wholeness that we sense is our true home and that beckons to us.”

What is that vision of wholeness?

Gabrielle Lord writes her essay from Jerusalem. Memories of home from her childhood elicit conflicted feelings as she recalls the ache of being sent from a loving and happy home to a boarding school at age 6. The harsh and regimented barrack-like environment was the antithesis of home and it took its toll.

She talks now of a powerful archetype for story being the return home after a long absence. The longer the narrative arc the more dramatic the return. Lord was not the only one in Home Truth to refer to Jesus’ parable of the Prodigal Son from Luke’s gospel as one of the richest expressions of homecoming. The son staggers home after ruining his life and wasting his inheritance on profligate living, only to be showered with love and kindness. Lord says this story expresses a key notion of home—the total acceptance of a father figure.

“Even more than acceptance, my notion of home needs to contain forgiveness—even redemption,” she writes. (47) Lord writes of going sober after years of serious drinking problems and realising that she didn’t possess even the most ordinary skills for living. During that torturous time of her life the phrase that kept coming to her was “take me home.”

Lines the old hymn about Jerusalem, ‘the Holy City’ always make her voice wobble, she says. The hymn compresses the history of Jerusalem, through to Jesus, the destruction of temple and looks to the future holy city

This is what really gets to Lord. The idea of gates being open wide accepting “even me” is “an exhilarating example of generosity, acceptance and redemption,” she writes. (58) For Lord, “home is anchored in a sense of unquestioned belonging—of acceptance. A deep sense of everything being understood, accepted and forgiven. Within and without.” (58)

Such unconditional love remains a powerful image for those willing to face their own inadequacies, as she clearly has. Her sense of where this acceptance comes from appears to be in a rather vague spirituality and self-acceptance, an “inner state of mind and body”, rather than the faith behind her church school experience, which was harsh and joyless.

Gabrielle Lord’s reaction to the enforced religion of her childhood is entirely understandable. And yet the Christian story remains one that resonates with those clinging to a vision of wholeness, as Buechner describes it. It’s narrative arc from creation, through the fall, redemption and towards new creation contains all the possible drama of life and a vision of home in every sense of that term. Michael McGirr, whose essay, Who trespass against us describes working among homeless men whose lives had come badly off the tracks, says that Jesus’ most profound words—and not just for alcoholics—were those spoken from the cross, “I thirst”. “For McGirr, and many others, “the cross is still a sign that points the way home.” (215)

This article originally appeared on the ABC Religion & Ethics Portal