Have we had Jesus wrong all along?

Nobody knows what Jesus looked like - but his image is instantly familiar.

For someone whose description was never written down, not even the tiniest detail, Jesus is instantly familiar – so familiar that we can recognise his face in a piece of toast, a pancake or a cloud.

The Bible depicts Jesus walking, talking, healing, touching, drinking, eating, performing miracles, being seized, spat on, beaten, whipped and crucified, yet it tells us nothing about his face, hair, height, shape, gait or voice. 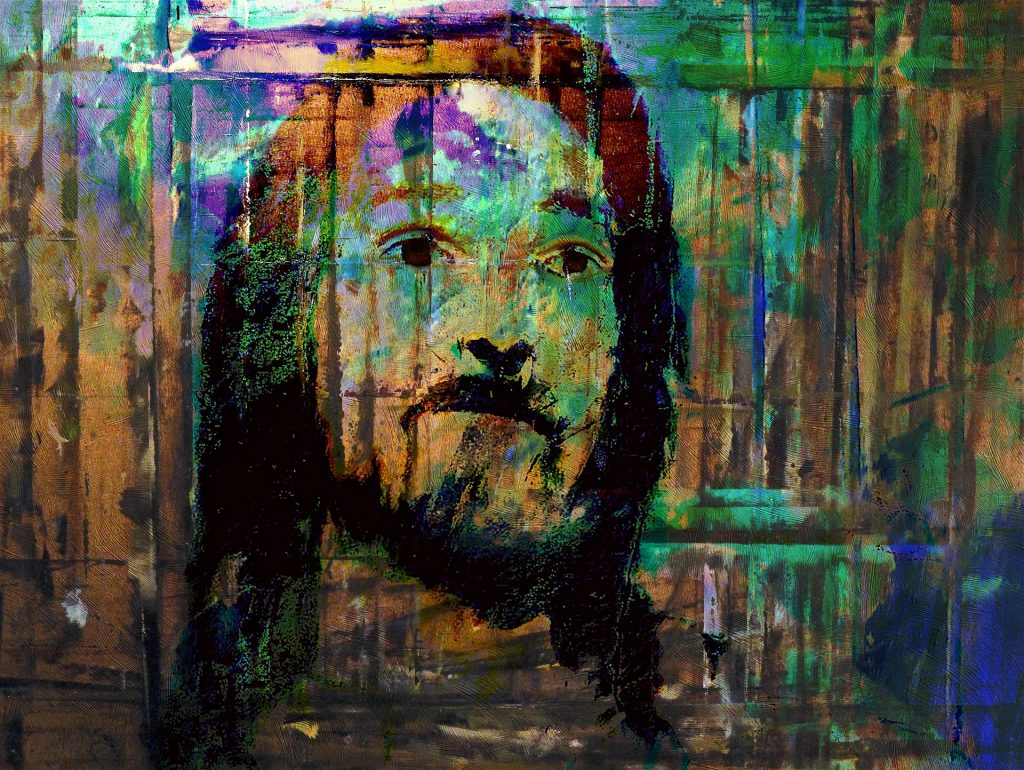 So why is he so instantly recognisable? Because of nearly two millennia of art that shows a European man with long light-brown hair and beard, dressed in long robes with long baggy sleeves, often topped by a halo.

But it is certainly false, according to Joan Taylor, professor of Christian Origins and Second Temple Judaism at Kings College, London, and author of What Did Jesus Look Like? She trawls art, tradition, relics, and literature back to the second century AD, plus the excavated bones of first century Judean men, first-century textiles and more to build a more historical, though obviously still speculative, picture of Jesus.

Taylor says the New Testament’s silence is unusual because it was the practice in antiquity to include a flattering portrait, as the Bible does, for example, with Moses, Joseph, Saul, David and Daniel and his companions. Even if Jesus was as plain as second-century critics such as Celsus alleged – “little, ugly and undistinguished” – that could still have given him credibility as a philosopher. They tended to be depicted as unattractive to highlight their moral and intellectual integrity, and the Apostle Paul is always shown this way.

The earliest image we have is certainly derogatory. It is a piece of graffiti scratched on the wall of the guardroom of the imperial palace on the Palatine Hill room in Rome in the second century, with the caption “Alexamenos [says] ‘worship God’.” It shows a man with his hand raised declaiming, while slightly above him is Jesus on the cross with the head of a donkey.

But the earliest description is older still, and claims to come from Jesus’ own lifetime. Its title, Veronica (“true icon” or “image”), raises doubts, but it is an intriguing tale, found across antiquity in many forms.

Some claim Veronica was the woman whose “issue of blood” was healed by touching the hem of Jesus’ mantle. As the scourged and bloody Jesus carried his cross to Calvary, he passed her house, and she came out and wiped his bloodied and spit-covered face with a cloth. The image of his face was miraculously imprinted on it.

Some time after the fifth century a twist is added: the Emperor Tiberius becomes ill and sends an emissary to find the famous healer, Jesus. The emissary learns that Jesus is dead, but hears of the healing properties of this miraculous cloth, and takes it back to the emperor who is healed. There are many variations and versions.

By the 12th century, this cloth or painting was the most famous relic in Rome, housed at St Peter’s, and allegedly remains at the Vatican today. An art historian who was allowed to examine it in 1903 found no image on the cloth, but discovered marks that suggested in the 12th century a painting was placed on top of it.

In fact, in the early centuries there were many such miraculous relics of the face of Jesus, known as acheropitae – things not made with human hands. (A cynic might suggest that Jesus, presciently aware of how much these relics would enrich the churches that possessed them, set up a cottage industry in acheropitae.)

It is a worthwhile endeavour, not least for de-Westernising Jesus.

Taylor considers many different archetypes of Jesus, from the acheropitae to the second-century depictions as a vagabond; as the new Moses, the miracle worker; Christ Almighty or enthroned cosmokrator, long-haired in baggy robes (post-Emperor Constantine’s conversion circa 311); a youthful figure being baptised by John; a young god like Dionysus, Hermes or Apollo; as a philosopher; and the long-dominant conception as a clean, serious, blue-eyed European with shoulder-length hair and a full but neat beard.

European artists naturally used European models, and as European missionaries spread across the globe, aided by the rise in European power, they carried with them these sorts of pictures.

This view was also shaped by the Letter of Lentulus, which purported to be a letter from a Roman official at the time of Jesus. It appeared in Europe in the late 14th century along with an upsurge in religious art, and became enormously popular. Its main point was a physical description: Jesus was tall, admirable, with long hair of an unripe hazelnut colour, a smooth and serene forehead, a face without any wrinkle or spot, a full beard, and more. Alas, it was totally fraudulent, filled with inaccuracies and anachronisms.

So what did Jesus look like? Taylor assumes from the sources’ silence and for the sake of argument that he was fairly average. He would have been about 166 centimetres tall, the average height of skeletons from first-century Judean tombs (we have a huge osteological database).

The shape of skeletons took on more Babylonian characteristics after Nebuchadnezzar took the Jews into exile in 586BC, and biohistorians today say modern Iraqi Jews are the closest to first-century Judeans. So Jesus was probably honey or maybe olive-skinned, black or possibly brown-haired with brown eyes.

As a carpenter, he would have been reasonably strong, she says, while his active and peripatetic life combined with an irregular diet would mean he was quite thin. Both hair and beard were probably worn quite short in accordance with contemporary style.

Much is known about first-century Judean clothing, and the four Gospels are helpful here. He would have worn a short, plain tunic – such as those shown in second-century catacomb art – and a mantle, plus simple leather sandals. Art, tradition, relics and literature provide a second-century memory that Jesus had no concern with clothes or trappings of status and, in fact, looked a bit shabby.

Taylor has written an enormously scholarly book, in the sense of authoritative rather than dry, as forensic a survey as seems possible, and superbly illustrated. In the end, of course, it is entirely irrelevant for faith, which is much more concerned with the biblical accounts of Jesus’ atoning death and resurrection, but it is still a worthwhile endeavour, not least for de-Westernising him.

Presumably she is hoping for some crossover in readership from the academic world to that of religious devotion. She deserves it.

Barney Zwartz is a senior fellow of the Centre for Public Christianity and was religion editor of The Age from 2002 to 2013.