How do we find joy at a funeral?

Simon Smart reflects on how we cope - or fail to cope - with death.

I’ve been attending funerals lately. Mostly of older people. As I enter my late 40s, significant figures from my childhood are disappearing at an alarming and confronting rate. Even David Bowie is gone! And friends of my parents, once vital and commanding presences, are stooped and frail and might need a hand getting up the stairs. The roll call of those departing is getting longer.

“Because I could not stop for Death / He kindly stopped for me”, wrote Emily Dickinson. He eventually stops for all of us, despite our protestations and clamouring efforts to avoid him.

Atheist blogger and activist Adam Lee recently wrote in the Guardian about an apparent shift in our attitude to death, something he cheerfully attributes to our having shrugged off the shackles of religion to embrace a more enlightened humanist vision of mortality – one which, according to Lee, involves “neither fearing nor denying [death], but gracefully accepting it as an inevitable part of the human experience”. 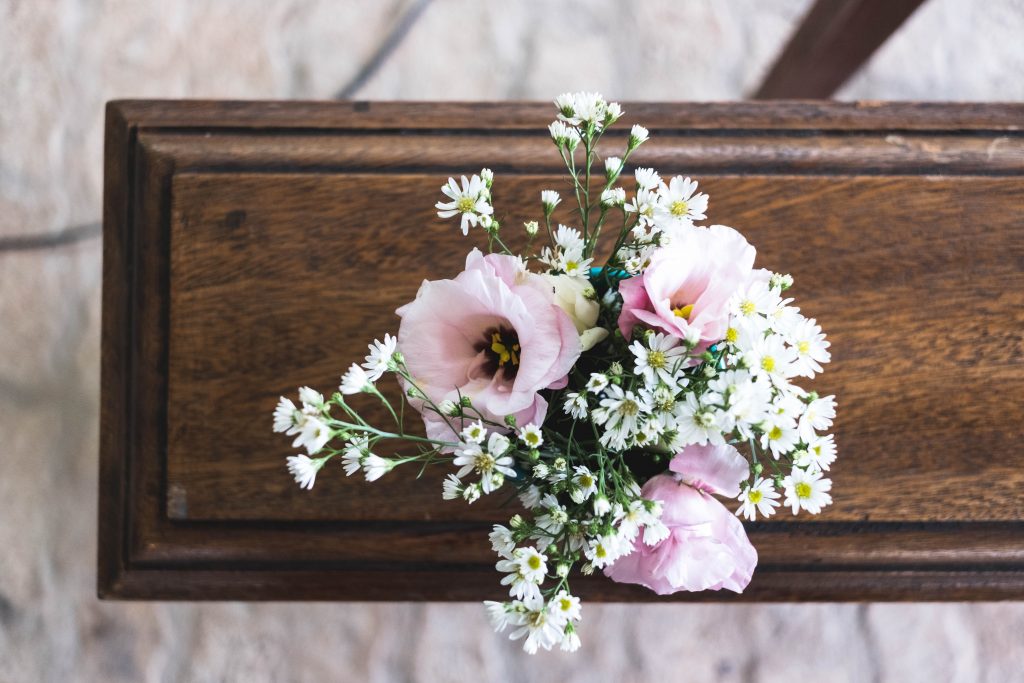 It’s hard to imagine what sort of comfort that would be to the mother of three young kids who has just been told she has terminal cancer. Or the father called at 2am to come and identify the body of his 19-year-old son. Or the young woman standing at the grave of the love of her life after a freak workplace accident. Chin up, it’s just part of the human experience.

It is part of the human experience; but in the face of death, whether the gut-wrenching loss of someone young, or the gentler departure of an aged friend, something deep within all of us protests at what feels like an aspect of life that is profoundly and fundamentally wrong.

Do we have the resources to process that? We once did that processing in religious communities –but a significant shift is reflected in the statistics relating to those who mark life’s biggest occasions with a religious ceremony. In 1973, 83.6 per cent of people heading to the altar did so in a religious setting. By 2012 this had dropped to 28 per cent, with by far the majority of people opting for a civil celebrant to perform the honours.

And similar patterns are evident when it comes to us taking our final bow where, according to a survey in 2014, a civil celebrant now performs six in 10 funerals. One increasingly common feature is the song of secular defiance, “I Did it My Way” or “Always look on the Bright Side of Life”, with the connotation of friends of the deceased flipping the bird at death and smiling our way to the wake.

Of course, if Adam Lee’s naturalist interpretation of reality is right – and it could be – we are all merely microscopic blips on an ocean of time and space, of no more significance than the proverbial grain of sand on the beach or that brain cell killed off with the last beer at Friday drinks. And we ought to face that.

I have to say though, I find the (relatively recent) phenomenon of the non-believer somehow finding “good news” in a godless and singularly material universe perplexing. The most accomplished atheists of previous centuries like Friedrich Nietzsche, Bertrand Russell and Jean-Paul Sartre recognised the crushing implications of such a vision.

Russell talked about the need to build our lives on “the firm foundation of unyielding despair”. Albert Camus in The Myth of Sisyphus wrote about “the absurd” being the product of humanity’s endless longing for the world to make sense in the face of its refusal to do so. He wrote of “the unyielding evidence of a life without consolation”.

… far more can be mended than you know.

As Peter Hitchens, younger brother of the famous atheist Christopher Hitchens, writes in his riposte to the book God is Not Great, it would be ridiculous to pretend that it is a neutral act to tell a child that “the heavens are empty, that the universe is founded on chaos rather than love, and that the child’s grandparents, on dying, have ceased altogether to exist”.

But come Easter Sunday there will still be plenty of people around the world who will meet the day and its claims of an ancient empty tomb sensing that it proclaims something of cosmic significance as well as personal significance. Each will, at various times, have experienced their own Good Friday darkness – as Jesus cried out from the cross, a feeling that God has abandoned them.

But equally they will trust that the Easter event, as American writer Frederick Buechner puts it, involves “the darkness of the crucifixion” meeting “the blaze of the resurrection”, giving birth to a defiant hope. The essential message is that no horror can permanently and irrevocably quench that hope. Or, as British writer Francis Spufford offers as a summary of the Easter story, “far more can be mended than you know”.

The most recent funeral I’ve been to was a grand send-off for a much-revered former headmaster who had an enormous positive impact on thousands of people, many of whom found their way to the service to remember and to mourn a true loss; to honour and celebrate a life well lived. The service was joyful and full of the sense that, not only did this man’s life mean something of eternal significance, but his death is not the end. There’s another chapter to be written.

Alluding to Easter Sunday and all it entails, Jesus famously said, “I am the resurrection and the life”. If that happens to be true, as many still believe, then the unmistakeable joy present at my friend’s funeral is based not on a delusion constructed by humans in the face of a purposeless universe, but on the deepest foundations of reality itself.

This article first appeared in the Canberra Times.

Simon Smart is Director of the Centre for Public Christianity. He is the co-author with Jane Caro, Antony Loewenstein, and Rachel Woodlock of For God’s Sake: An Atheist, a Jew, a Christian and a Muslim Debate Religion.