In these hours of isolation and grief, Easter bears a vital message

Every day I walk my dogs in a large native reserve and dog park at the end of my street. The dog walkers are a small community who often stop and chat or walk around together – or rather we used to.

These days the park is even busier, as people look to escape their houses. Yet often people 15 metres distant put their heads down and scurry away as though a smile or wave or even eye contact might contaminate them. I mourn this small loss of community spirit. 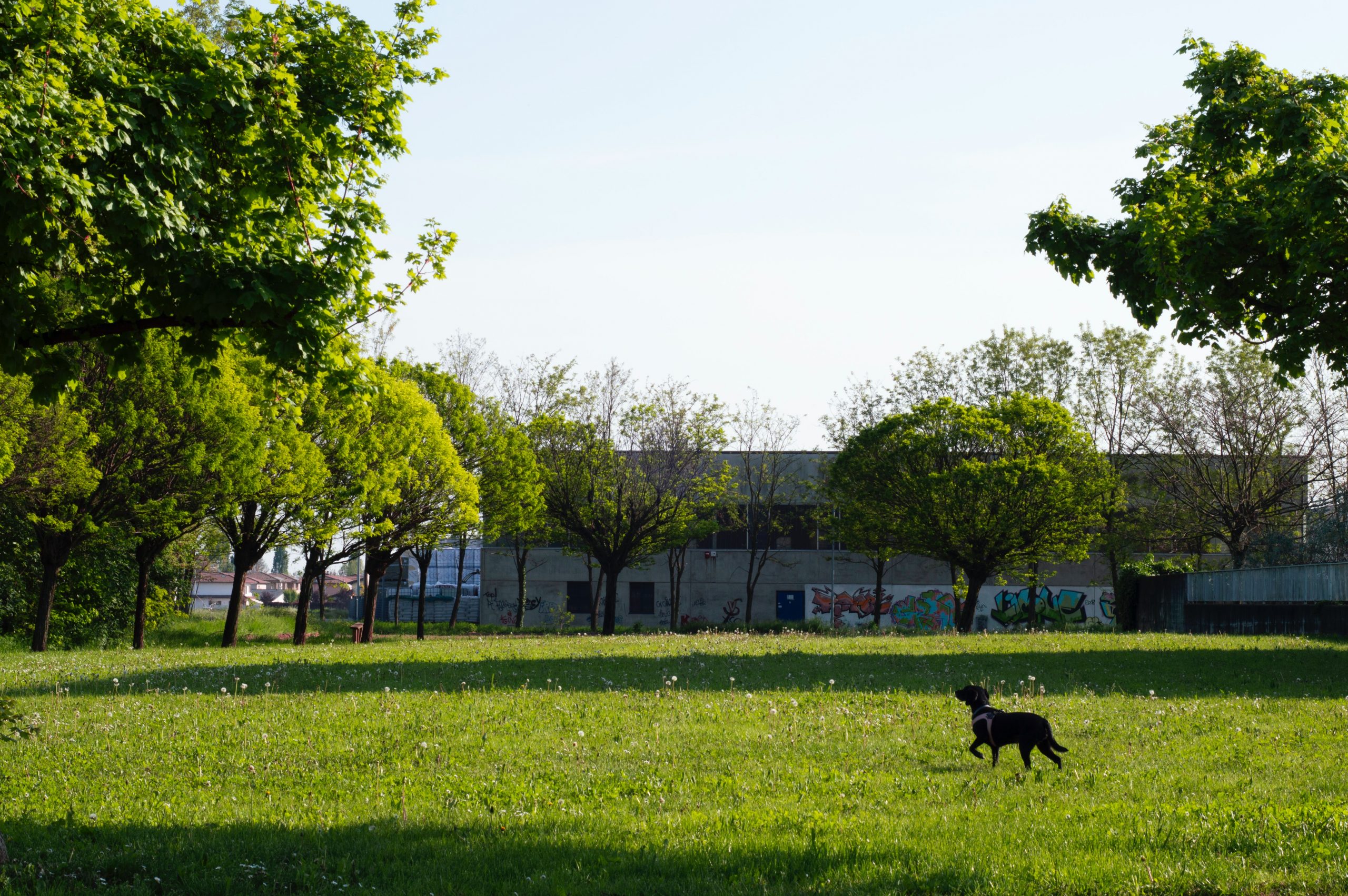 Of course this is not the biggest effect of the lockdown even in my life, let alone the devastating effect on so many others – from separated families and solitary weddings and funerals to mental health problems, job loss and death – but it is a symptom of how we are changing.

It led me to ponder, what is community? Might any benefits emerge from the tremendous dislocation caused to so many by the COVID-19 pandemic? And has Easter anything to teach us about maintaining or building community?

The word “community” comes to us from Latin via Old French, with the roots “common” (as in shared) and “public spirit”.

According to Melbourne University philosopher Christopher Cordner, we can see better what community is when we set it against a similar idea, that of society. The latter involves all the structured relations between people, including institutions, whereas community is interpersonal – as another philosopher said, it is not a fact but an achievement.

Community is about interdependence, so it depends on constant renewal of personal relationships. “The existence of community is always under threat because that process of renewal can always fail or become perverted or distorted. It cannot simply be taken for granted,” Cordner says. Society – in some form – will continue after the pandemic, but community is more fragile.

The negative effects of the pandemic and our response are being exhaustively documented: they are economic, social and personal. Isolation, unemployment and stress often lead to depression, anxiety, insomnia, alcohol abuse, psychosis and post-traumatic stress disorder.

Canadian psychologist Stephen Taylor, an expert on pandemics, writes: “Anxiety about your own mortality, fears stoked by a deluge of online articles: these are the most obvious psychological effects of coronavirus. Based on studies of disasters such as floods, hurricanes and earthquakes, an estimated 10 per cent of people affected by traumatic events go on to develop severe psychological problems.” Taylor thinks it may be worse with this pandemic.

Yet Louise Newman, professor of psychiatry at Melbourne University, finds it heartening that people pulled apart by COVID-19 are trying to recreate a spirit of community and connection with others.

“The positives are some of the rethinking going on. We have opportunities that maybe we haven’t had until something semi-apocalyptic like this happens to actually think about what’s important, what values are fundamental, how we want social organisation to work, politics to work,” Newman says.

That’s very positive, a sense of renewal, rethinking values and getting rid of pseudo-values such as the narcissism of the selfie generation.

“On social media a huge number of people are saying when we get through this we can ask what was really important, what did we save, what do we want the world to be? That’s very positive, a sense of renewal, rethinking values and getting rid of pseudo-values such as the narcissism of the selfie generation.”

At the Royal Women’s Hospital, where Newman is the director of the Centre for Women’s Mental Health, staff have been working 16 hours a day preparing for a surge in cases. Most of them are managing well by working together with a sense of collective purpose – a community that develops through a shared vision – but some, she says, are questioning themselves at a fundamental level: are they good enough, how will they keep going, how will they care for children, families or elderly parents?

“But in terms of people pulling together, it’s almost like the bushfire crisis where very under-resourced communities worked together fabulously. They had no faith that anyone else was going to help them, and they did it with remarkable strength.”

That inner resilience that impressed Newman was a hallmark of the early Christians, who did so much to shape today’s view of a flourishing community, according to historian John Dickson, senior lecturer in Public Christianity at Ridley College and host of Australia’s top-rated religion podcast, Undeceptions.

The first Christians, when they were in community, were not just satisfying evolutionary urges, using a pack mentality or a tribal togetherness against the world.

“The belief that God was Father, Son and Spirit, in other words that God was himself a community, actually changed everything,” he says. “The first Christians, when they were in community, were not just satisfying evolutionary urges, using a pack mentality or a tribal togetherness against the world. They felt they were reflecting God’s ultimate reality.”

Dickson says the early Christians put a massive premium on considering others rather than themselves, an instruction from some of their earliest documents such as the New Testament letter from Paul to the Christians at Philippi. The Apostle refers to the Trinity, then tells the Philippians to have the mind of Christ who humbled himself all the way to the Cross.

“What that meant in practical terms was that Christians were very, very busy serving everyone that we would say was beneath them, such as slaves. They didn’t think there was an above or beneath.”

A striking example of how Christians embraced loving community can be found in the catacombs under the streets of Rome. Dickson says: “The catacombs were an ingenious idea of early Christianity – free burials. Not having a proper burial was one of the great fears of the ancient Greek or Roman. If you didn’t belong to a funerary union, where your funeral fees would be paid a little at a time, your body would just be thrown on the rubbish heap. And Christians solved that by having these catacombs where hundreds of thousands of people were buried free.”

And the catacombs didn’t have dividing walls between rich and poor, unlike Roman burial grounds where there were strict boundaries to preserve the distinction in the afterlife.

This self-sacrificial approach lasted three centuries, until Christianity became the Roman Empire’s official religion, and Christians became seduced by power and wealth. But over the centuries Western culture has become so Christianised that a Christian view of community has prevailed, Dickson believes.

Even today, “if you can see past the Church’s power structures and shoddy leadership, the average pew-sitters are quietly, humbly sacrificing themselves for the wider community at an extraordinary rate. Andrew Leigh, the shadow minister for charities, an atheist and expert on social capital, is the first to say that churches are at the forefront of what brings community into our wider society”. 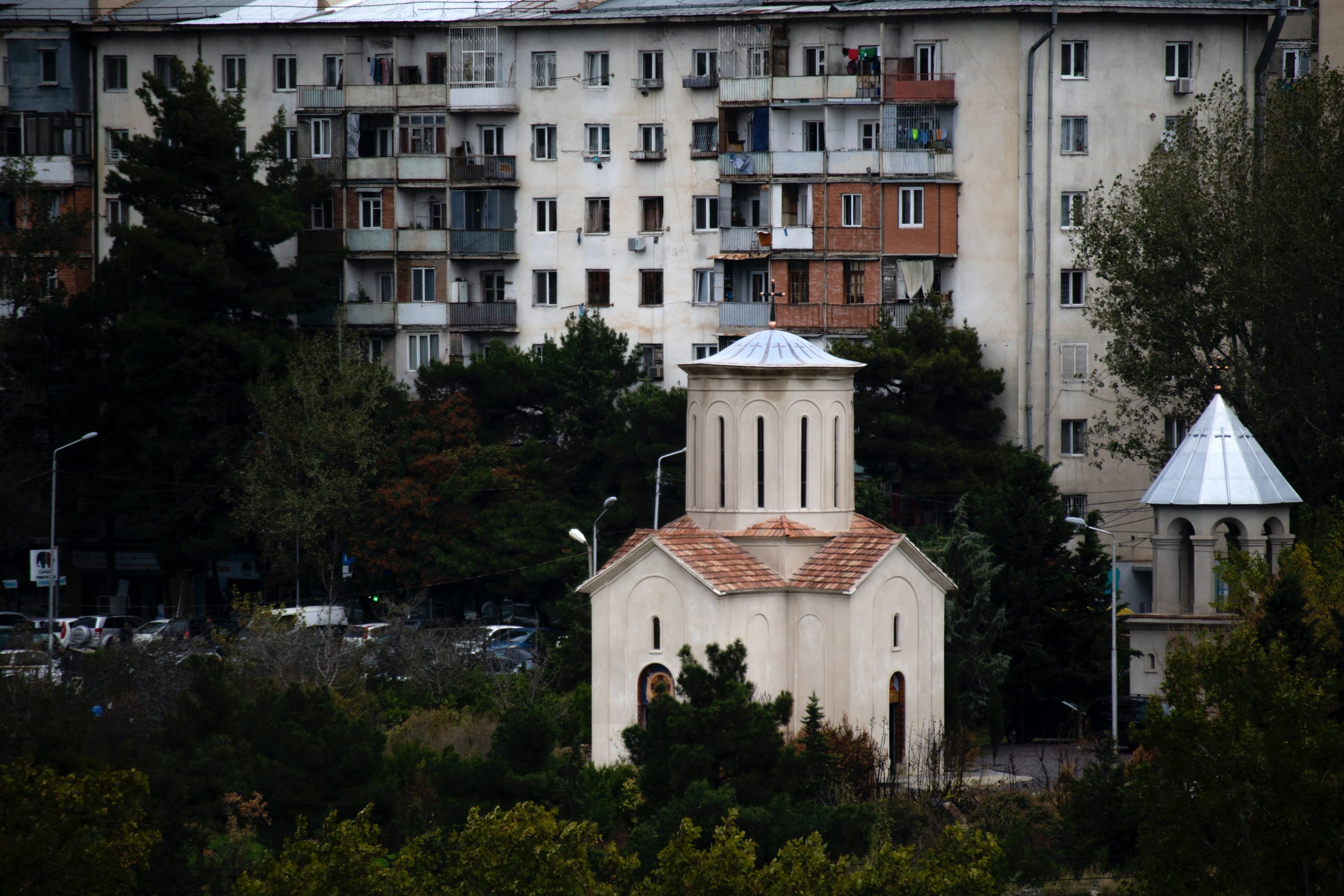 Philosopher Chris Cordner thinks the essential Christian contribution to the idea of community is that it is boundless. Most people’s idea of community has a natural limit and is partly defined by who is outside. In contrast, a religious understanding does not exclude anyone. “Once you get the infinite into your sense of community you overcome any suggestion of exclusiveness.”

And, according to Dickson, Easter has a profound lesson about community. For Christians, of course, it commemorates the death and resurrection of Jesus on behalf of humankind. “The Easter message simultaneously says we are fallen, failing, simple people AND freely forgiven because of Christ’s death.
“And when you come to believe that – that we are fallen yet forgiven – it is an incredible basis for community because you can’t look at anyone else and think that they are less than you. The centre of the Christian life is God’s forgiveness.”