Justine Toh on how Kanye West and the Apostle Paul might have more in common than you think.

Kanye, famous for deifying himself, has found God.

For some, Kanye’s konversion is the latest chapter in an eye-rollingly bonkers career, so let’s give it at least a decade to see if it will take.

For others, it’s the chance for Khristian komment to gripe, bemoan, and opportunistically celebrate a new believer into the fold—including, of course, this piece.

For God, if I can presume to speak for Him, I just hear holy laughter at a holy fool.

Let’s not forget, Kanye was famously described as a “jackass” by then-U.S. President Obama. Becoming a holy fool and for God, no less, just might be a graduation, a maturation—of sorts. 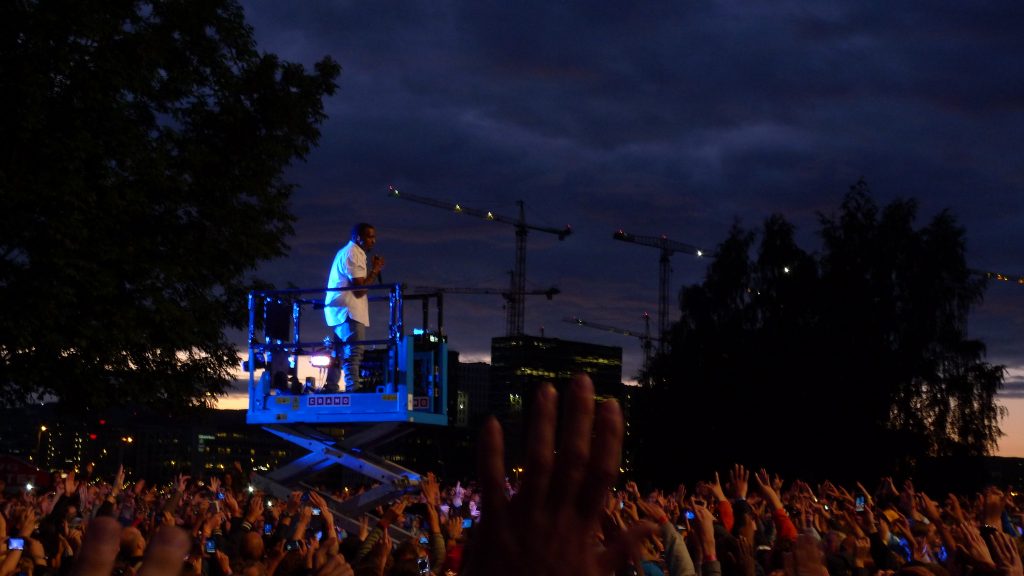 The holy fool, a figure from the Russian Orthodox tradition, describes an individual whose outrageous behaviour looks downright idiotic to everyone else, but whose apparent folly conceals a radical faith. One that, to borrow from the work of medievalist Evgeny Vodolazkin, “reveals the insanity of the world” with “imaginary insanity”.

We are accustomed, if anything, to de-conversion accounts: stories of ‘losing my religion’, as it were.

Pew surveys now point to a rising tide of ‘nones’, with some 40 per cent of American Millennials describing themselves as believing “nothing in particular” on the question of God.

Closer to home, the 2016 Australian census paints a similar picture, with 30 per cent of Australians identifying as having ‘no religion’—including 39 per cent of 18-34 year olds.

To many, the decline of religious belief represents the triumph of clear thinking, of rationality overcoming aeons of superstition.

And yet if there really is a God, could it be that Kanye’s conversion—let’s be honest, considered a little crazy—is unexpectedly sane?

Of course, Kanye ain’t a full-strength fool. The holy fool typically shuns the mainstream for obscure poverty. That’s probably not going to happen.

And neither should Christians overload Kanye with messianic expectation. After all, as he’d be the first to tell us these days, Jesus is King—not him.

But he’s a reminder that anyone can become a fool for God. The Apostle Paul, who went on to write long letters that make up the bulk of the New Testament, notoriously murdered Jesus followers before he became one himself.

No one saw that coming, and for a time there were a bunch of cautious Christians wondering what to make of the new guy who’d murdered their brothers in the faith, like three weeks ago.

We’re left to wonder what God might make of the (what appears to us) sudden about-turn in the lives of people: when a killer becomes an Apostle, a Kanye becomes a Khristian?

Worse than being God’s fool is believing with certainty that we already know how our lives are going to pan out—and that we’ll never change our minds about God.

But the irony is rather delicious, and it’s all kind of comic, really. Heavenly laughter might be the natural response.

None of this, I might add, presumes that Kanye is going to live #thischristianlife with anything resembling predictable piety.

No doubt Kanye and the Apostle Paul are uncommon bedfellows, but if they can teach us anything, it’s that worse than being God’s fool is believing with certainty that we already know how our lives are going to pan out—and that we’ll never change our minds about God.

That kind of misplaced confidence, in God’s economy, tends to make one rather foolish.