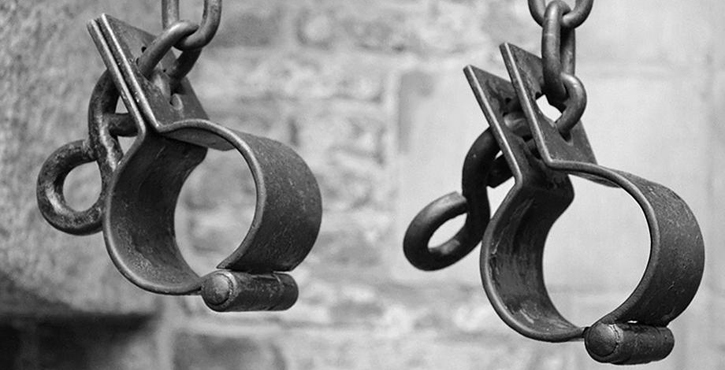 How Christianity has been pivotal both in condemning, and condoning, the practice of slavery.

How Christianity has been pivotal both in condemning, and condoning, the practice of slavery.

This month on Life & Faith, we’ve heard from experts and scholars about the influence of Christianity in the West. It’s all part of a sneak peek at our documentary due for release in 2016, For the Love of God: How the church is better and worse than you ever imagined.

In this episode, we tackle the question of how Christianity has played a role for better – and for worse – in the global practice of slavery. We ask the question: has Christianity been a friend or a foe of this terrible institution?

“… [Christianity and Judaism] light a long fuse of argument and discovery which eventually explodes, and people realise, ‘actually, we should do something about this’. That’s how slavery is dealt with. In the Middle Ages you have the beginnings of a real theoretical assault on the notion of slavery.”

But this is not just an historical question. The “long fuse” extends to the present day, with more people in slavery today than at any point in human history – around 27 million people.

Rowan Williams is joined by philosopher and theologian David Bentley Hart, biblical scholar Iain Provan, and humanitarian Baroness Caroline Cox, as we unpack the influence of Christianity on the institution of slavery.

—
This is Part IV of our four-part series featuring interviews from our forthcoming documentary, For the Love of God: How the Church is Better and Worse Than You Ever Imagined. To catch up on Parts I, II and III, subscribe to Life & Faith on iTunes: http://bit.ly/lifeandfaithpodcast.