Lonely Christmas? Faith may be part of the problem – and the solution

Charlotte Donlon remembers a Christmas when she was struggling with infertility and found it difficult to take part in a season that anticipates the birth of a baby. At Sunday church services leading up to Christmas Day a different family, always with at least one child, lit candles and read from the Bible about the coming of Jesus the Saviour.

“While I sat in the dim light of the sanctuary and observed those who had that for which I longed, other parents whispered to their children, answering questions about the wreath and the candles or asking the rowdier little ones to settle down. I saw my pregnant friends sprinkled throughout the congregation, their desires to become mothers were being fulfilled, their bellies full and round,” she wrote in the US magazine Christianity Today last week.

“I didn’t know if I would ever have a child of my own. I wanted to believe God was always good even if I never became a mother, but I was full of doubt. And my doubt made me lonely.”

Christmas – with its often unachievable ideals of family harmony and communal togetherness, its themes of generosity, sacrifice and love – is a time that can accentuate loneliness as people feel all the more acutely what they lack. And yet religion, in its understanding of what humans are and how they relate, can be one of the best inoculators against loneliness. More of that below.

Loneliness, understood as a perception of lack of connection, is an epidemic in Western society, a social crisis. Not only that, we are now learning that it is a killer, as serious a threat to a sufferer’s health as obesity, drinking or smoking 15 cigarettes a day. A former United States surgeon general, Dr Vivek Murthy, wrote in 2017 that loneliness was associated with a greater risk of cardiovascular disease, dementia, depression and anxiety. 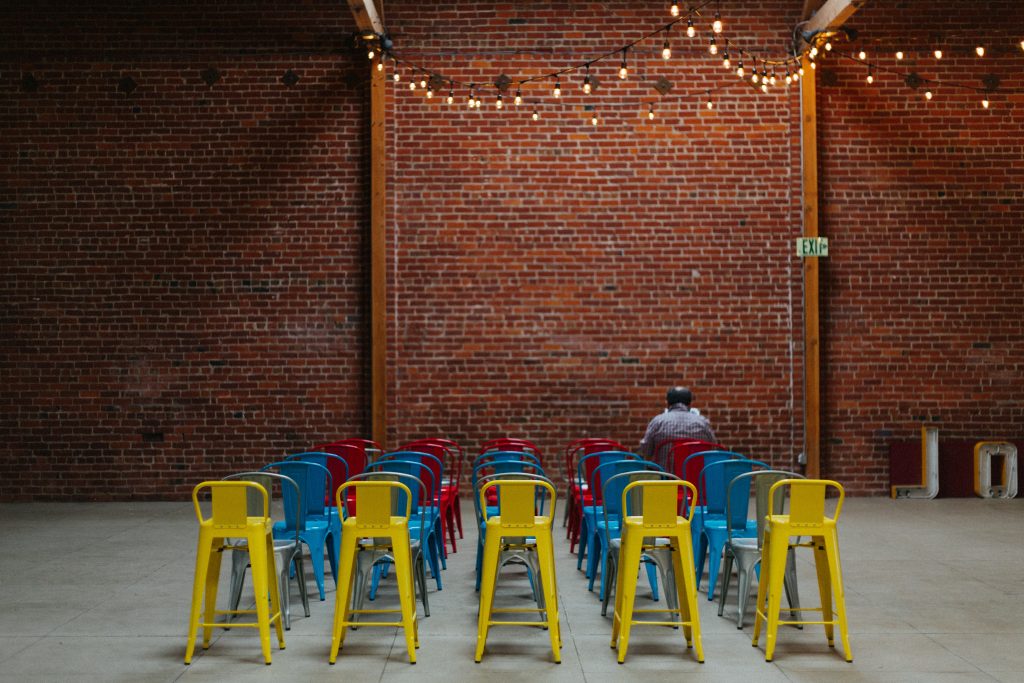 Britain last year appointed a minister for loneliness, after research showed that 200,000 older people there had not had a conversation with a friend or relative in more than a month.

In an article on academic website The Conversation, two professors of psychology, Alex and Catherine Haslam, and researcher and psychologist Tegan Cruwys reflected on the reality of loneliness in Australia uncovered this year by the ABC’s Australia Talks survey of more than 50,000 people. Only half reported rarely or never feeling lonely, while 30 per cent of young people feel lonely frequently or always. Other groups particularly likely to be lonely include inner city residents, One Nation voters and people living in poverty.

The authors said that in a forthcoming paper they found the quality of social connections to be four times as important a predictor of retirees’ physical and mental health as the state of their finances.

American therapist Karyn Hall has written of the strong stigma around loneliness. “Many people will admit to being depressed before they’ll talk about being lonely. They fear being judged as unlikeable, a loser, or weird, so they don’t discuss their sense of aloneness, alienation or exclusion. Not feeling free to talk about loneliness adds to the problem.”

Feeling lonely, she writes, has nothing to do with how many friends you have. It’s the way you feel inside.

Psychiatrist Louise Newman dislikes the term loneliness because many sufferers do not experience feeling alone but a sense of numbness or detachment. “The existentialists, especially Jean-Paul Sartre, spoke about that, the difficulty of knowing who we are, and the idea of the alienated self or false self. It impacts relationships and being, but in an even broader perspective it’s almost a state of existential or spiritual nothingness, which of course you’d expect to have psychological and physical impacts.”

Newman, professor of Psychiatry at Melbourne University and director of the Centre for Women’s Health at the Royal Women’s Hospital, says young people are particularly affected. “It’s almost an extreme of narcissism, that we have our intrinsic right, as they see it, to do whatever we choose, but not knowing how you actually create a meaningful existence and a set of values out of that. That’s the social challenge as I see it.”

The solution is meaningful companionship – not just someone coming in for a cup of tea.

The danger is when loneliness becomes depression, alienation and despair, or even anger. The stereotype for extremists used to be that they were highly organised, but now the vast majority are lone people who have become alienated, she says. They find a value system, no matter how deviant, that gives them a purpose – and if that’s to create carnage, that’s what they do.

The solution is meaningful companionship – not just someone coming in for a cup of tea but a connection in which you can be known by someone who likes you and will allow you to know them, Newman says. For young people, environmental activism can be a healthy form of meaningful connection, giving them a sense they are trying to effect positive change.

In the Christian tradition, meaningful companionship begins even before Creation, in the three persons of the Triune God. Augustine of Hippo wrote in the fourth century AD of God: “You have made us for yourself. Our hearts are restless until they rest in thee.”

Genesis, the first book of the Bible, describes how God made humans in his image, which is understood to mean they have rational and moral agency and the ability and need to relate to others. After God has created Adam, he says “it is not good for the man to be alone”, and creates Eve.

According to John Dickson, Distinguished Fellow in Public Christianity at Melbourne’s Ridley College, the secret is an unexpected plural in Genesis chapter one: “There’s a pause in the creation story. God has been saying ‘let there be light, let there be vegetables, let there be animals’. But when we get to humans, God doesn’t simply command human beings into existence, he pauses and talks to himself: ‘let us make man in our image’.”

Dickson explains this as a reference to the community that exists in God himself, Father, Son and Spirit. So human beings have been made out of that image for one another and for God, fellowship, friendship, connectedness, serving, trusting – that is our true nature as humans.

“Loneliness is a kind of plague that Western sociologists have recently stumbled on, but Christian preachers have been banging on about this since the beginning, that we are not made to be individuals, islands. ‘I did it my way’ was always a recipe for disaster, a partial truth that needs to be maintained but when made into an absolute truth is a deadly doctrine.

“In some ways the most successful person imaginable can often be the loneliest person, the person with no friends at the deathbed, the person whose funeral has speech after speech that no one else in the room believes.”

When our view is individualistic, our world becomes very small, Dickson says. “Loneliness turns people inside themselves, they are forced to look inside for everything – for satisfaction, a sense of worth, entertainment, pleasure – and, frankly, we don’t have the resources for that.”

It is important, though, to distinguish between loneliness and solitude, which has a long Christian tradition, according to Melbourne’s Anglican Archbishop Philip Freier.

Some people thrive in solitude, he says, and are confident about their aloneness in the presence of God. “But it’s something we avoid because it involves facing our insecurities and the false things in our lives. It has many dimensions, and many of the societal responses are to fill our lives with shallow things, such as Facebook friends who are no more friends than the person who calls you to sell an electricity plan.”

Those who pursue solitude are not disconnected, for they pray and think about the world. “There’s an authentic side that is rich and flourishing, and also something that looks similar but is anaemic and depriving,” Freier says.

“Everyone faces the dark night of the soul, as a spiritual journey that must embrace solitude and the sense of the infinite beyond us, and for Christians that is affirming and a welcoming space, not something to hide from. These are all great mysteries.”

Melbourne University moral philosopher Christopher Cordner agrees with Dickson that the modern West’s spiritual dislocation was spurred by 17th-century philosopher Descartes’ maxim “I think, therefore I am”, which made ultimate reality the thinking self. It depends on a Christian background, he says, because no tribal culture would erect a philosophical account of the self as most fully in possession of itself in isolation from other humans.

As we’ve lost religious affirmation and community we’ve also lost the cultural wherewithal to cope with the loneliness.

Cordner suggests the sort of loneliness that has become epidemic in the West flows out of our religious background – it could not happen that way in tribal cultures. But as we’ve lost religious affirmation and community we’ve also lost the cultural wherewithal to cope with the loneliness to which religion provides the cure.

“Think of Psalm 139 – ‘If I take the wings of the morning, and dwell in the uttermost parts of the sea; even there shall thy hand lead me, and thy right hand shall hold me’. That speaks of utter devastation of isolation, yet it affirms that God is always with you. It’s an absolute unconditional affirmation of fellowship with God. In a culture that lacks our religious background, that kind of devastation is not part of the imaginative scene.”

Australia’s cultural legacy is lagging as the Christian worldview that shaped it declines, Cordner suggests: “We still live as though living in isolation is not a problem because we still carry this religious understanding of what it means to be alone, even though our culture, no longer being religious, no longer has the resources to pay for that understanding.

“We’ve lost the cure, as expressed in Psalm 139, but we are still colonised by the philosophical and cultural dimensions of a way of living that made sense provided we had the religious orientation. So loneliness is then a huge issue for us.”

Charlotte Donlon, with whom this article opened, found unusual comfort in her loneliness: the rituals of the church calendar throughout the year, which she says reminded her that her life is part of a larger story.

The rituals enhanced her affiliation with fellow members, increased group loyalty and trust, and produced stronger feelings of connection. “When we partake in rituals, we put words, actions and meaning around our beliefs. Rituals also help us learn and share cultural knowledge that defines our group’s priorities and creates a sense of closeness because they help us interact with others who share our beliefs. The same is true when we observe the church year,” she says.

“My faith certainly hasn’t shielded me from loneliness. I’ve known different forms of loneliness since I was a child. Observing the church year has become one buoy that holds me up when I’m overwhelmed with feelings of unbelonging. It reminds me that my life is part of the larger story of God’s creation, redemption and restoration.”

Barney Zwartz, religion editor of The Age from 2002 to 2013, is a senior fellow of the Centre for Public Christianity.