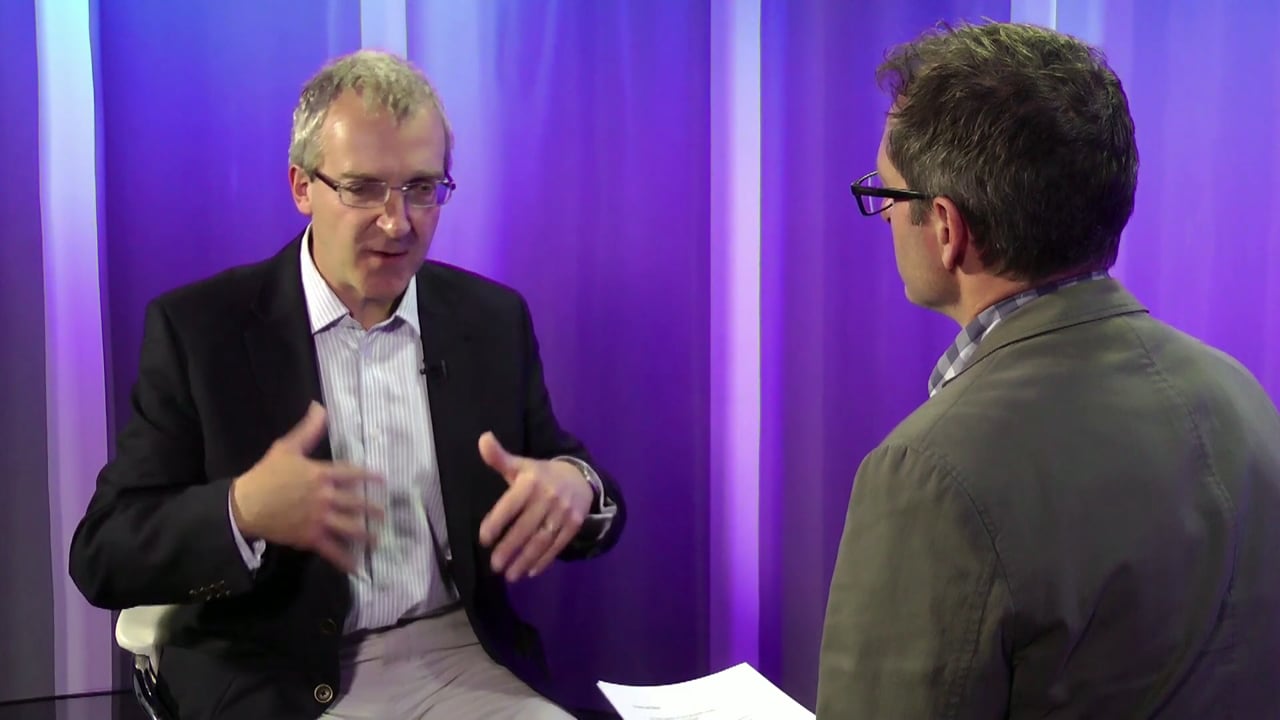 Tom McLeish on what humanity’s desire for transcendence might tell us about the existence of God.

Tom McLeish on what humanity’s desire for transcendence might tell us about the existence of God.

Professor Tom McLeish is a theoretical physicist at Durham University and the author of Faith & Wisdom in Science. Here he speaks about the universal human longing for transcendence and what this might tell us about the existence of God – as well as why he finds the Christian story compelling.

SIMON SMART: What about transcendence? I want to ask you about that. Do you have a sense that people today long for something beyond the hard, material facts of life?

TOM MCLEISH: Yeah, I think they do, and I think that is significant. We’re people – I mean, one of the mystical wonders that this universe has [is] that we are part of the universe. I mean, I love the idea, I think Carl Sagan and others have talked about it, that we are the universe becoming aware of itself. Lawrence Krauss said that too – I think it’s a wonderful thing to say. And yet we, as people, as agents, we yearn for something more. We talked before about physicists being no-smoke-without-fire people – if there’s gravity around, there’s a mass; if there’s an electric field in the air, there’s a charge somewhere making it. And there are very few things that humans desire that don’t have an object of that desire. You know, we get thirsty, well there’s water and so forth. So the fact that we’re thirsty for something beyond, for a deeper meaning, maybe for a person, does indicate that it’s worth looking for that person or being open to their existence.

SIMON SMART: Yes, and you’re convinced that Christianity has something to say to those longings.

TOM MCLEISH: I’m convinced that Christianity has something to say to those longings, yes. And one of the reasons [is] I tend to see Christianity as an anti-religion. You see, some people say to me: “How do you make your mind up between all these religions? There are thousands of them. Equally well one could be true or the other.” But there’s something in me that wants to say: well actually the reason – one of the reasons – that I was attracted to Christianity is because in some senses it’s sort of anti-religion. That sounds funny, doesn’t it, but the dynamic is opposite. You see, many religions start from this, what you called it, transcendence – there’s something beyond we’ve got to get to. And they have all sorts of recipes for the way in which we get to it, or maybe they respond to this fish-out-of-waterness we talked about – we’re not friends with nature, we’re frightened of it, it’s painful – and that’s where science comes in. And there’s all sorts of things we can do to mend that relationship.

Well, actually, the refreshing thing, the logically refreshing thing, that I’ve found about Christianity, is it recognises there’s nothing we can do. If we could imagine mending a broken relationship with a creating God, from whom we’ve walked away – there’s nothing we can do. But the great thing about Christianity is that actually, God does all that. That’s what the incarnation is about – it’s the self-emptying, it’s not denying the pain, it’s entering into the pain, and saying this is how much I love you. So, that’s sort of anti-religion: not us reaching up, God coming down. That’s got to be right. So yes, that to me helps make sense of the Christian faith.