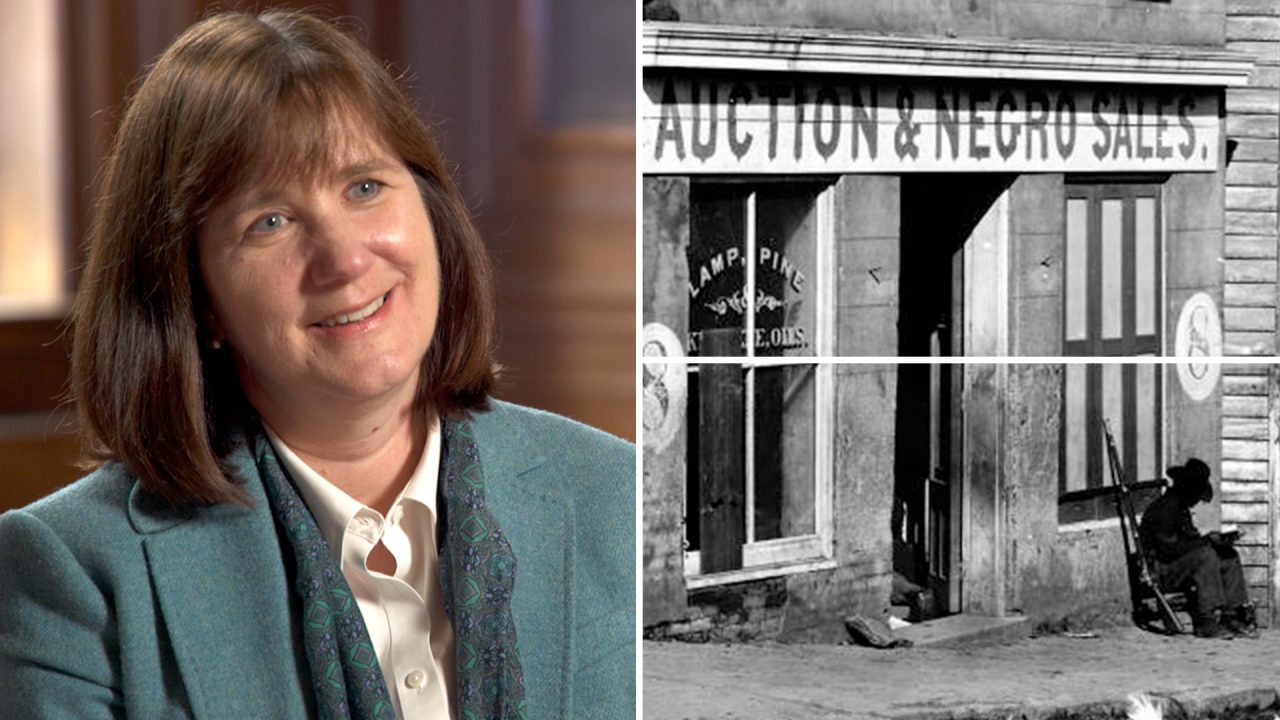 On abolition as a Christian movement

Catherine Brekus introduces us to a few nineteenth-century American abolitionists.

Catherine Brekus introduces us to a few nineteenth-century American abolitionists.

The abolitionist movement was intertwined with Christianity in the 19th century. All of the prominent activists identify themselves as Christians, and they were struggling very hard to change the meaning of Christianity – to make Christianity a religion of freedom rather than a religion of slavery.

And so there were a number of prominent white abolitionists. William Lloyd Garrison created a newspaper called The Liberator. If you look at the masthead of that newspaper, it has an image of Jesus looking down at a slave. And the masthead promises that Jesus has not forgotten the plight of the enslaved. There were women like Angelina and Sarah Grimké, who had grown up in the South, who decided that slavery was sinful. These are two white women who became notorious and hated in some quarters for their anti-slavery activism. All of these white abolitionists risked their own lives in their activism. William Lloyd Garrison saw his office destroyed, and moved his family out of Boston because he was afraid that mobs would hurt his family.