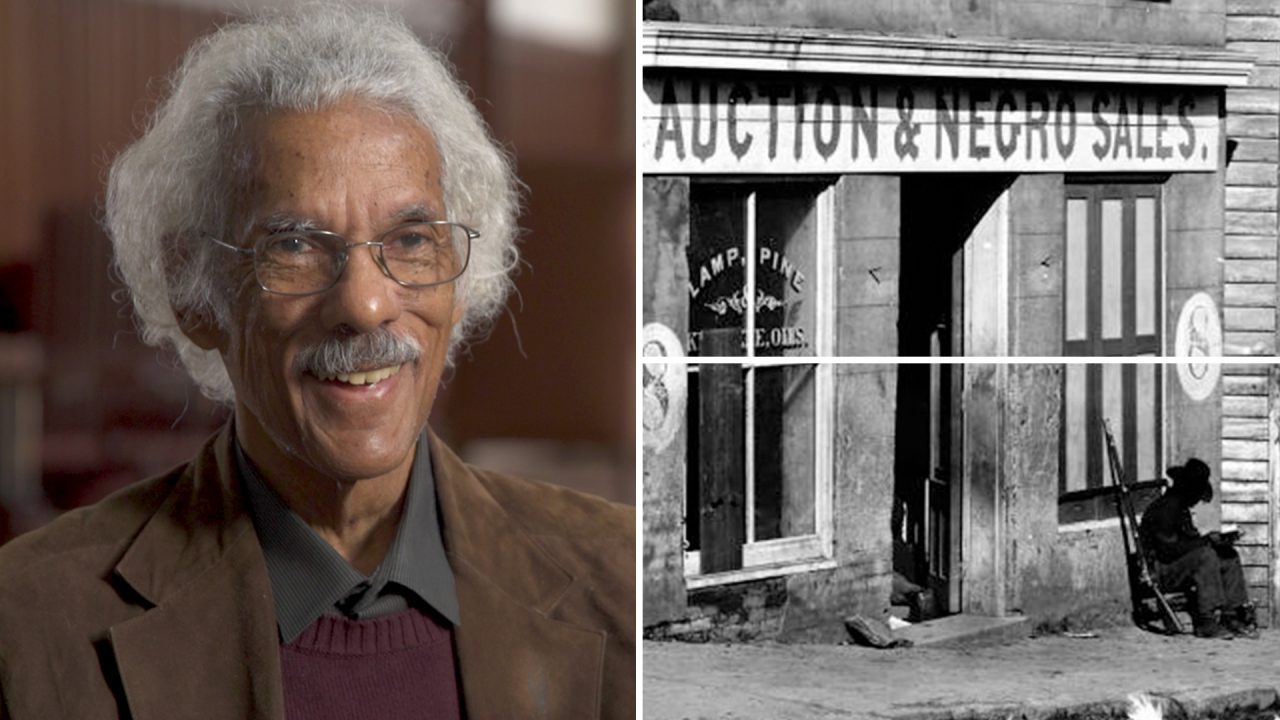 Albert J. Raboteau describes one rationale used right from the start, in the 1440s.

Albert J. Raboteau describes one rationale used right from the start, in the 1440s.

Basically, the justification for enslavement was that, cruel as it might have been, it would improve the lot of the African savages. So as early as the 1440s, a Portuguese courtier named Gomes Eanes de Zurara is witnessing the separation of the first group of slaves on a field outside of Lagos, Portugal. And he’s moved to tears, as are many people in the audience, by seeing women being separated from their husbands and from their children, by seeing children separated from their parents, trying to run back to them. And he says, “For a moment, my human weakness got the better of me, but then I recalled that now they would have access to wine and clothes, and basically Western civilisation”. So right there in the 1440s is the earliest shipment of slaves into the Atlantic world – you have the justification for Christianity as a civilising aspect for these pagan and uncivilised Africans.