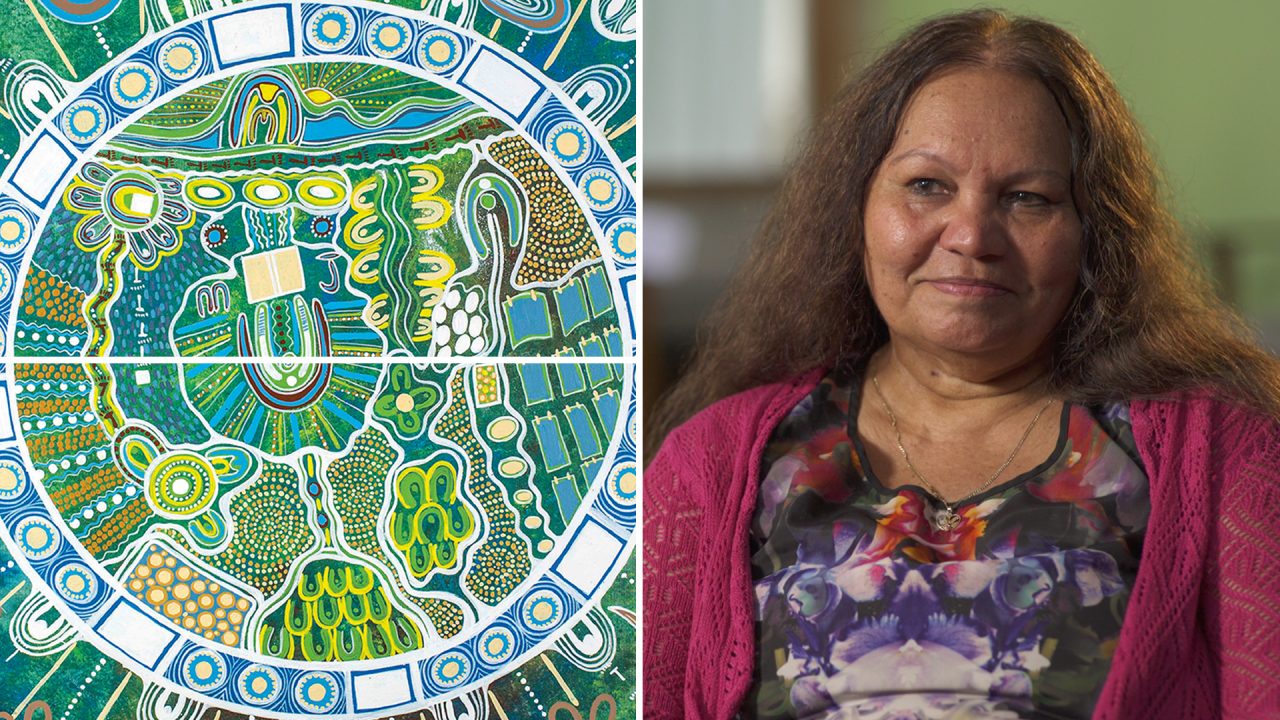 Ngardarb Riches learned the practices of her saltwater people as a child.

Ngardarb Riches learned the practices of her saltwater people as a child.

Life before the British came was very different. Of course there was no English at the time, so it was language, everyone had the language and their cultures. Everything was governed by laws that were passed down through oral history, you know, it wasn’t collected data, written stuff, it was lived experience and passed down through practice, you know, showing what happened, how to live, how to do things, how to hunt.

My people are the saltwater people, so a lot of our living was in and around the islands and eating seafood, collecting it. As a child, I still had that, growing up I was so lucky to have those experiences where we would get the poisonroot from the bush, take it down when the tide went out and put it in the pools, and that would stun the fish, it would take oxygen from the water and we were able to do traditional fishing. So I had all that, you know, I was really lucky and it still happens where I come from now, that’s still being passed down to our generation today.

Even when there’s so much other influence, like there’s technology, people use that even to go out fishing and you know, ring and say what they’ve caught. Before, when I was a little girl, it was smoke signals. So a lot of these things were handed down through lived experience, through oral history, my grandparents, so it was just part of who we were.