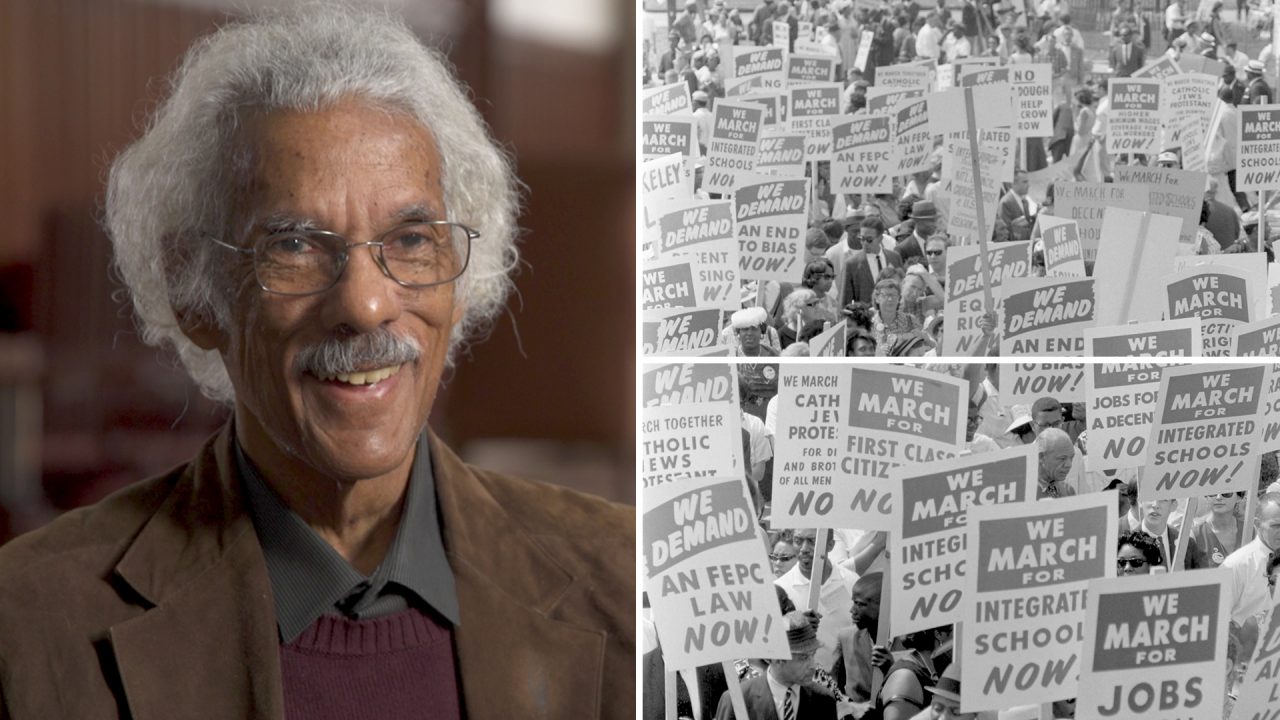 Albert J. Raboteau comments on the sources of King’s non-violence – and of the courage to stick to it.

Albert J. Raboteau comments on the sources of King’s non-violence – and of the courage to stick to it.

Martin Luther King Jr had a number of influences upon his own philosophy of non-violence. Gandhi was certainly one; he was influenced by reading Henry David Thoreau’s notions of civil disobedience; he was influenced by the fact that his father, grandfather, and great-grandfather were all preachers who were also activists. So the black social justice tradition was important for him, coming out of the black church.

But also what was important for him was a conversion experience. One night, when the Montgomery bus boycott had gotten started, he received a telephone call. And it was a threat from someone who said that he was going to be killed, his family was going to be killed, his house was going to be bombed. And he just – it was kind of the straw that broke the camel’s back, you know, he just sat down at the kitchen table with a cup of coffee and said a prayer, which basically was, “Lord, I’m down here trying to do good, but I’m losing my courage”. And he said he heard a voice speaking to him, saying, “Martin Luther King, stand up for what’s right, stand up for justice, and I will never abandon you, I will never leave you. I’ll never leave you alone. I’ll never leave you alone.” And for King, that kitchen table experience became for him the rock-solid basis for his activism – even though he knew, as his life went on and on, that he was not going to die in bed.