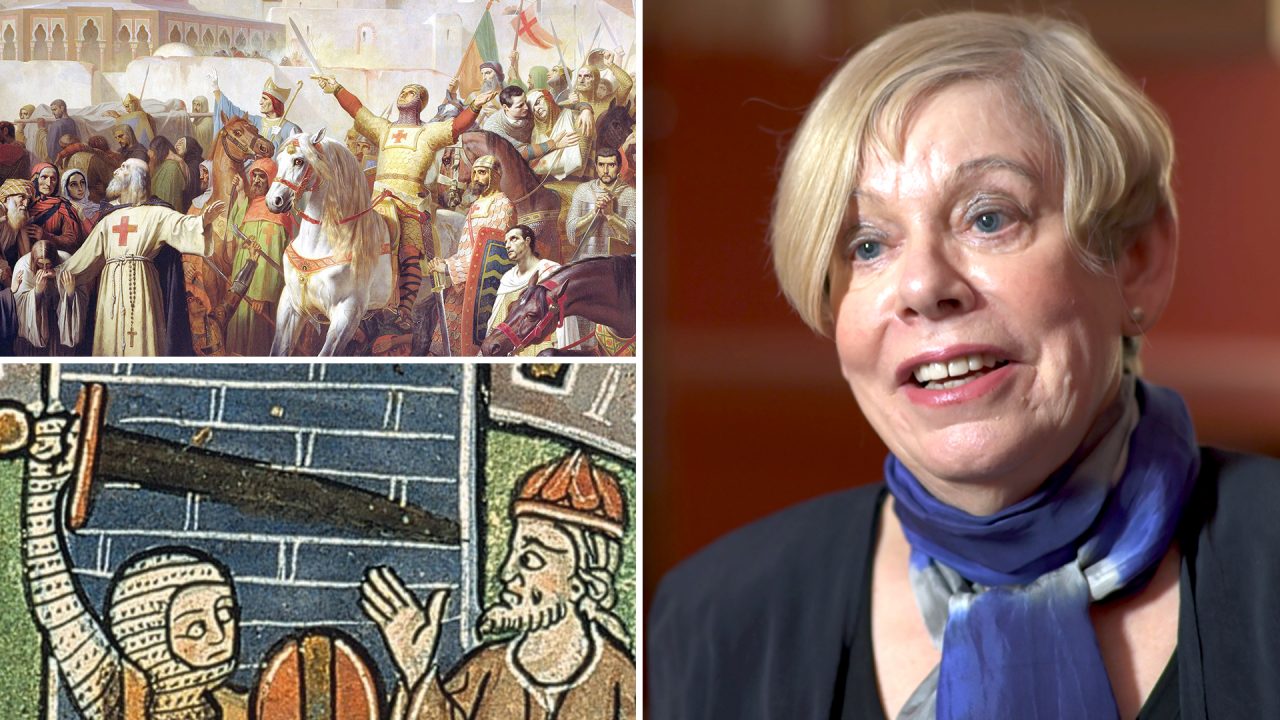 On religion vs politics: the Crusades

Karen Armstrong says that calling this an example of a “holy war” is too simple.

Karen Armstrong says that calling this an example of a “holy war” is too simple.

Look at the Crusades. This is an example of a holy war in Christianity, where the Crusaders marched to Jerusalem and slaughtered Muslims. And all for the sake of God, they went into battle crying “God wills it”. But it was entirely mixed up with politics. The pope, when he called the Crusade in 1095, he called the First Crusade – he had a very clear political objective as well as a religious one. He wanted to extend the power of the papacy into the Eastern world of Christianity, which didn’t accept papal supremacy. And by sending his army in, he hoped to sort of bring in a strong Western presence into that region. And he was also using the Crusade to get all the kings subservient to him. It was the king’s prerogative to declare war, not the pope’s, and in calling the Crusade, he was pre-empting that prerogative and saying, I am now in charge of war, not you. He was trying to build up a papal monarchy in which the pope – and this would eventually happen – would become the chief ruler in Christendom.

So the Crusades were absolutely permeated – religion and politics, they were inseparable. And by the end of the crusading period, the political impact of a crusade at home actually mattered more than what it actually … had actually happened in the Holy Land. So you have again this absolute infusion of religion and politics.