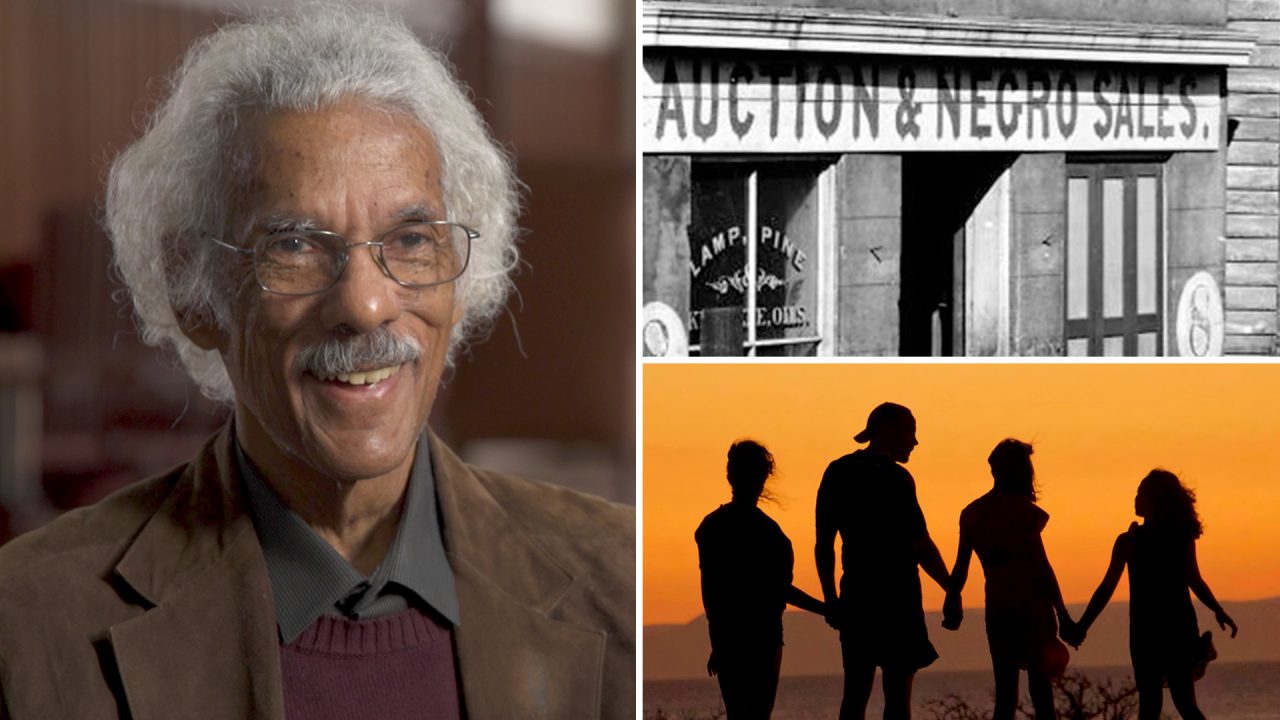 On the old slave preacher

Albert J. Raboteau shares the Christian idea that slaves made sure to repeat among themselves.

Albert J. Raboteau shares the Christian idea that slaves made sure to repeat among themselves.

Howard Thurman, the ecumenical minister of the 20th century, black minister, whose grandmother had been a slave, Nancy Ambrose … whenever the children in their hometown of Daytona Beach, the black children, were being upset by the Jim Crow laws of the time and it was affecting their sense of value, she would gather them and she would tell them a story about an old slave preacher who would come to her plantation when she was a young girl. And he would preach from the Bible about Exodus, and on down to the New Testament. And at the end of his sermon, he would look at each one of the slaves in the face, and he would say, “Remember, you aren’t slaves. You aren’t niggers. You are children of God.” So that basis within Christianity for seeing every person as a child of God, as made in the image and likeness of God, was certainly a lesson that was extremely important for the slaves to repeat among themselves.