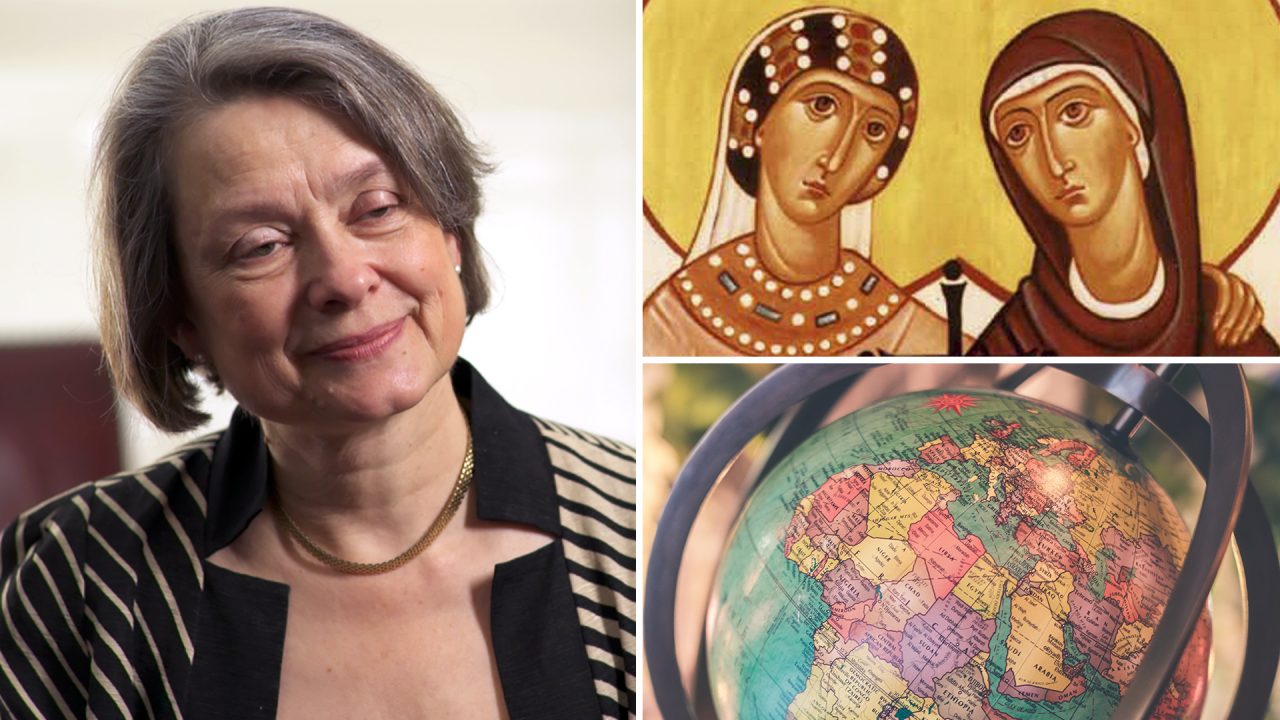 On the subordination and flourishing of women

Certainly one can think of plenty of examples of this – Tertullian saying of Eve, “You are the Devil’s gateway” – it’s so interesting how many different interpretations of Genesis 3 we have, even in the very earliest generations. And one could multiply examples of women, not only being unconsciously or consciously subordinated in Christian culture, but also actually first pedestalised and then demonised as dangerous seductresses or so on.

So how do we untangle this for today? I don’t think there’s any quick answer to this because Christianity itself, it’s important to underscore, was behind Enlightenment developments in philosophy which themselves reanimated the idea that all are created equal in the eyes of God – which is a deeply Christian idea at its origins. But when it did so in the Enlightenment, the assumption was that this was because, given the right education, given the right opportunities, women could perform in the workplace and take up their equal rights alongside men.

But then we confront what is often called the paradox of equality and difference. When Enlightenment feminism of that sort begins to triumph – and we must not give up on it, given that huge tracts of the non-Western world still not have even begun to achieve those sorts of educational and democratic rights for women – the problem is that even when there’s some achievement in this area, the danger is that there is then no accommodation for women’s particular role in giving birth, lactating, having somewhat different bodies. How is that to be accommodated into the Christian picture?

And the movement of Romanticism that succeeded the movement of Enlightenment egalitarianism unfortunately then promoted an idea of complementarity between the sexes, which itself, of course, came with its own capacity for re-subordinating them. And this paradox is consequently still being ridden in movements for women’s flourishing – which is the term I prefer to use.

I think we’re now moving into a phase where, when we look at the heritage of the Christian tradition, this question of how women flourish in our society has to be set alongside how men and children and old people flourish with a sort of holistic picture – again, thoroughly true to the high endeavours of the idea of the mystical body of Christ. And boy, are we very far from understanding yet how we are to achieve this in society at large.