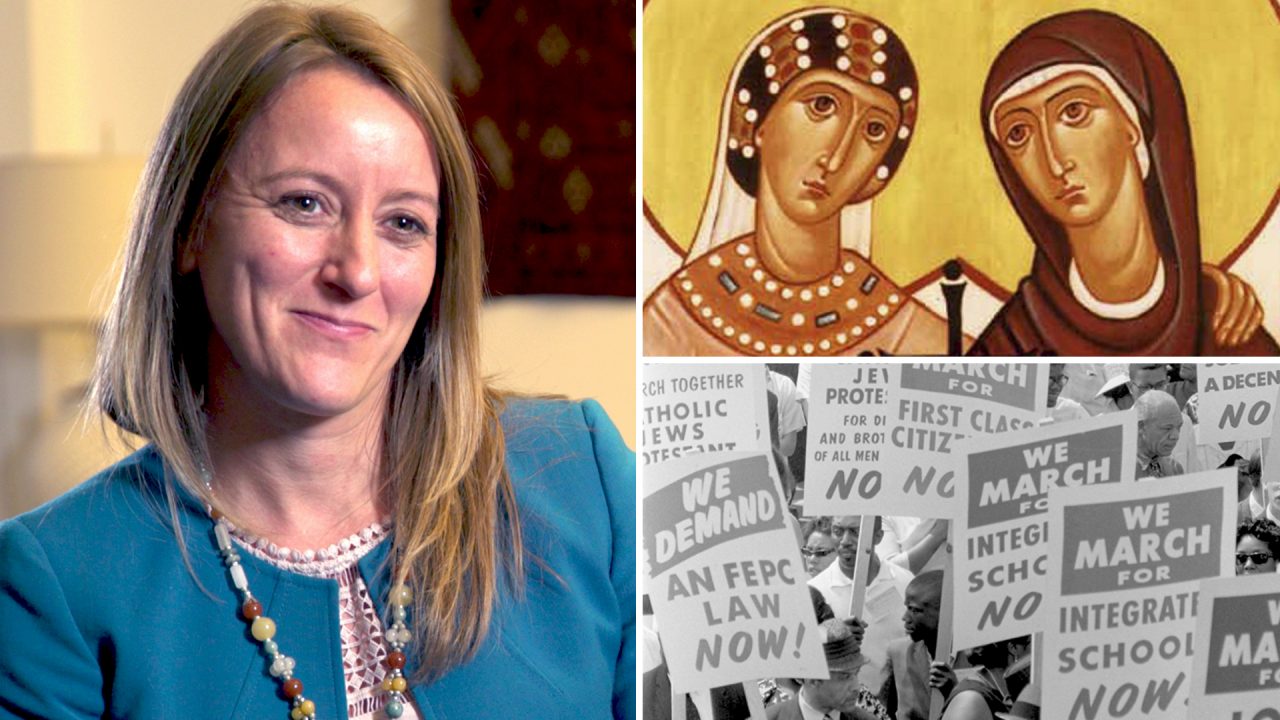 On the women who make peace

I don’t think that people who are driven by their faith, or who are religious, or women, are particularly better at peace than anybody else. But I do think they bring particular skills, or experiences, or techniques to their peacebuilding that might set them apart and make them more effective in particular situations.

So taking religious people first, those who come to the work of peacebuilding with a religious motivation and a religious understanding of peace may be bringing a sense of peace that goes beyond the technical and that goes beyond purely the absence of violence, encompassing the idea of shalom or salaam that is also about human dignity, that is about justice, that is about creating environments in which humans can flourish. Or they may be able to bring particular rituals, particular values, particular practices to their peacebuilding work that can trigger some of the deep reservoirs of people’s being and that can trigger kinds of personal transformations that can be very powerful, and that can then lead to social or institutional transformations.

When it comes to women, there’s a popular assumption out there – there’s a couple of popular assumptions that I think can be dangerous. First of all, one is that women are primarily victims of violence in the midst of war. And the other is that women are particularly more suited to peacebuilding – they’re nurturers, or they’re more focused on compassion and relationship-building, and that makes them better suited for peacebuilding. There might be some truth to these narratives, but I think there’s also some dangers to assuming that that’s true across the board.

One, with the first, while it’s true that as war has evolved from an exercise that’s very regulated, that takes place on a battlefield, to modern warfare – which often takes place in populated centres, involves a slew of irregular forces – civilians have become much more the target of warfare or the casualties of warfare than in the past. And so war has affected women and children – non-combatants – in ways that it never did previously. That said, women are more than just the victims of violent conflict. It’s often because of the disruption that happens within their lives and within their communities that they step into these spaces and exercise their agency, becoming leaders of peace movements, becoming leaders within their communities to try to address the needs that arise in the midst of violent conflict.

Two, with respect to the notion that women are better suited for peacebuilding. First of all, we have to recognise that women have been involved in violent movements, that they have – increasingly today, they’re integrated into state militaries. They’ve also been heavily involved in armed insurgencies around the world, in Colombia, in Nepal, in Eritrea, and elsewhere. They’ve also been very involved in nurturing violent nationalistic movements, in nurturing exclusion, raising family members with ideas of religious prejudice or religious commitments that might support violent movements.

So women are, of course, a huge group within the world, right? And any huge group is not going to be monolithic. But, again, women bring certain experiences and certain skill-sets to the work of peacebuilding that may differ from men because of their experiences, because of the place that they have within societies.

And so one thing that’s noted is that women often will focus on developing relationships across divides, building interfaith or intercommunal relationships in the midst of divided societies. And while to a degree that is done for the sake of women reaching out to other women who have shared experiences of loss, or of suffering, or of displacement in the midst of war, it can also be just as much tactical as it is about building relationships. So as a group that has been marginalised from power, or marginalised from society, they need to build these kinds of coalitions in order to have an effect. A classic example of this is Leymah Gbowee, the Nobel Peace Prize winner from Liberia who built relationships as a Christian woman religious leader, built relationships with Muslim women religious leaders in order to create a coalition that was effectively able to bring an end to the civil war in Liberia.