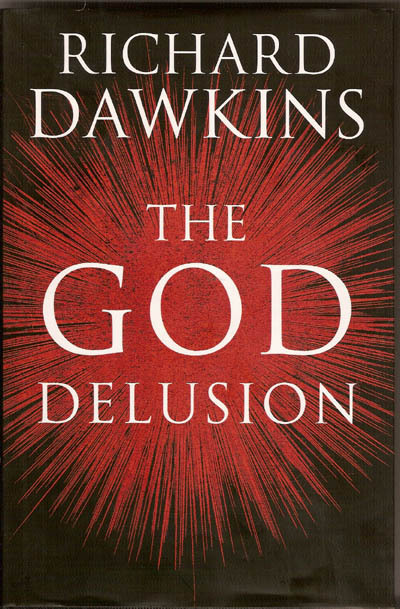 The second complaint atheists have against God is that God can’t be seen. I find this one a bit baffling myself, but it is at the base of many an atheist claim. It is the basis of disbelief for both the person on the street, and the eminent philosopher and scientist.

One version is this objection takes the form of a question: “Where is God?”. It’s a child’s question, but it’s also Dawkins’s question in The God Delusion behind his argument (and chapter heading) “Why There Almost Certainly Is No God”. In it, Dawkins argues that for God to exist, he would have to be even more complex than the universe itself, so he is even less likely to exist than this already-very-improbable universe. Ta-da! And God, as his friend Douglas Adams would say, disappears in a puff of logic.

There are some complicated ideas in this discussion concerning simplicity and complexity. In brief, Dawkins seems to assume that God is complex (made of parts) rather than simple (a unity). Unfortunately for his argument, the classic arguments for God conceive of God as all-knowing, all-powerful, all-present, and these are ‘simple’ concepts. They may not sound simple (!), but in philosophical terms, they present a unified concept of God. Dawkins here betrays his lack of philosophical background, and the influence of his scientific thinking outside of its proper domain.

Furthermore, Dawkins seems to assume in this argument that God is of the same stuff as the universe, that he would somehow be observable in the universe, whereas none of the big monotheistic faiths–Judaism, Christianity, nor Islam—says any such thing. God, in these faiths, is not of the universe, not dependent on the universe, of a different substance to the universe, transcendent. God can’t be seen, because he isn’t here in the sense that human beings could see God. It’s a wrong expectation to think that God will appear at the end of a telescope somewhere. And yet it is a view that’s hard to budge.1

So the fact that you can’t see God should in no way reduce the strength of your belief in God. C. S. Lewis put it like this: “God is not one of the observable facts, but a reality which makes them”.2

Greg Clarke is Director of the Centre for Public Christianity

1. It is worth noting that Dawkins’s ‘argument from God’s complexity’ might in fact have some strength as an argument against pantheistic religion.
2. Quoted in Kevin Hart, “ ”, The Australian Literary Review, July 2, 2008.