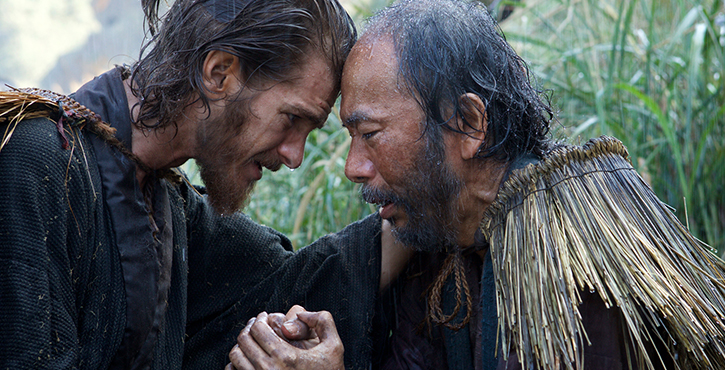 “What would you do for them? Pray? And get what in return? Only more suffering. The suffering only you can end, not God. I prayed too, Rodrigues, it doesn’t help. Go on. Pray. But pray with your eyes open.”

These are the words of Father Christavao Ferreira from the film Silence. Based on a novel by Shūsaku Endō, Martin Scorsese has been wanting to tell this harrowing tale of Portuguese Jesuit priests in 17th-century Japan for more than 30 years. Liam Neeson plays Father Ferreira, a Jesuit who recants his faith after facing torture. Andrew Garfield and Adam Driver play two younger Jesuits on a mission to find their mentor and, just like Ferreira, they have to wrestle with the question of whether or not to renounce their faith in order to save their own lives – or the lives of others.

While this story is fictional, it has roots in the very real history of Christianity in Japan, a country where hundreds of thousands of Christians were brutally suppressed for 250 years.

In this episode, we speak with Father James Martin, a Jesuit priest who acted as a consultant on the film and a spiritual advisor to the actors. Father Jim even led Andrew Garfield through the Spiritual Exercises – a compilation of meditations, prayers, and contemplative practices developed by St Ignatius of Loyola, founder of the Jesuits – to prepare the actor for his role as Father Rodrigues.

He also tells us why the movie is particularly poignant for him (“It’s about Jesuits that are my heroes, the martyrs of Japan”) and why it’s a movie for everyone about real spirituality: