Sweet baby Jesus had a beard

It’s quite a confession, I know, but I can’t get enough of Will Ferrell. I crack up as soon as I see the too-close-together eyes of the former Saturday Night Live comic and star of the enjoyably stupid Talladega Nights (and a few good serious films, too). And he really did do the best Dubya impersonation. What’s not to love?

Up there in my top ten Ferrell scenes is the ‘Baby Jesus Prayer’ from Talladega Nights. Ferrell plays Ricky Bobby, a massively successful yet profoundly dumb racing car driver. At dinner, Ricky Bobby leads the family in prayer to “Baby Jesus”. Ricky’s wife, Carly (he thanks the Lord that she is  “a stone-cold fox”) interrupts Ricky mid-prayer to remind him: “You know, sweetie, Jesus did grow up. You don’t have to always call him baby”. 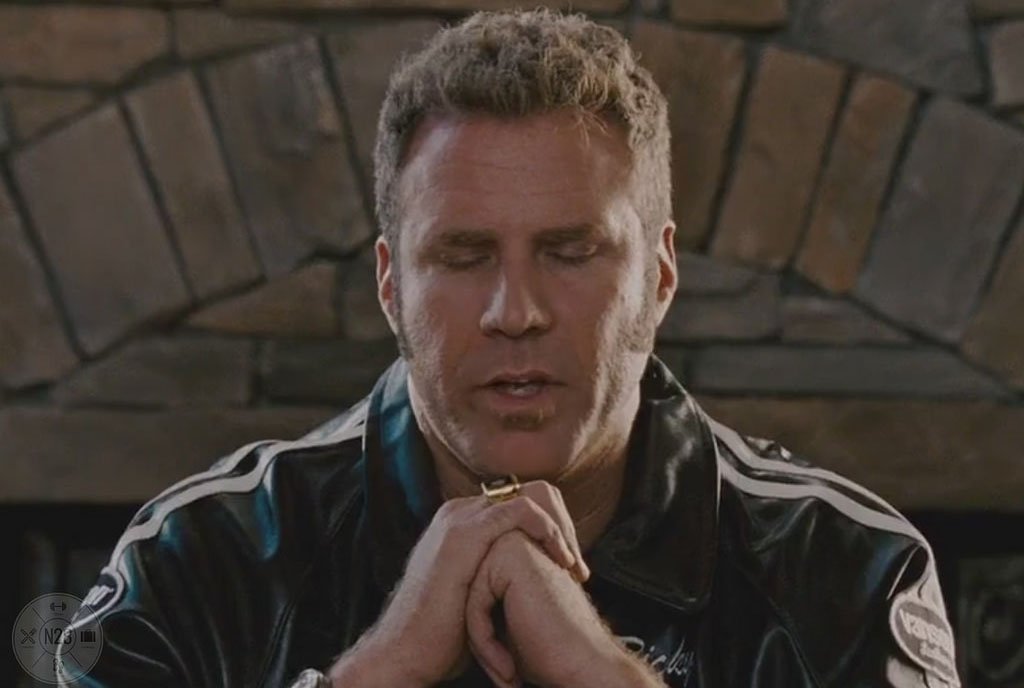 “I like the Christmas Jesus best,” Ricky responds, “And I’m saying grace!”

It’s hard to go past the Christmas Jesus, snugged up in the manger with the cattle a-lowing around him. In fact, it’s so domestic and perfumed an image of Jesus that one of the Christmas songs even makes the outrageous claim, “no crying he makes”. I have no doubt that Mary and Joseph would beg to differ, but “dear tiny sweet baby Jesus” is the image that appeals most to Ricky Bobby and, I suspect, to many of us.

Baby Jesus Christianity is what we see around us at Christmas—immature, unrealistic, comical, domesticated. It’s Jesus without the Christ, the baby without the adult (“He was a man! He had a beard!” Ricky’s elderly father protests mid-prayer). It’s white-picket fence Christianity, with its emphasis on a certain kind of subdued family life, ‘niceness’, sensible shoes and leaving your brain at the door. It’s the kind of Christianity that gets associated with the flat-world theory, sentimentality and social irrelevance.

But I wonder if we can we put aside the stereotype and make some effort to understand Jesus from perspectives other than pop culture and misguided traditional songs.

There is a Jesus who can be explored through history. I have just finished working with colleagues on a six-episode documentary on the life of Jesus, filmed in Israel, that looks at what mainstream historians agree upon in the historical record of Jesus—and there’s plenty. In fact, in The Historical Figure of Jesus, Duke University historian, Professor E.P. Sanders goes so far as to say “There are no substantial doubts abut the general course of Jesus’ life” (p.11). I do wish the outspoken atheists of our time would give a little respect to the historians on this question.

There’s also an ethical approach to Jesus, which examines the teachings that have contributed so much to moral understanding over the past two millennia. Who hasn’t pondered the healing power of Jesus’ unique teaching to “turn the other cheek” if you are wronged, or to “love your neighbour”, even when your neighbour might not be one of your kind. Who isn’t startled and impressed at his instruction to love your enemies, and even do good to them (if only those claiming to be Christians had put this into practice more often)?

Then there is the social Jesus, the man whose teachings spilled over into political practices that have, on most readings of it, strengthened the backbone of Western society. Without the teachings of Jesus, it is unclear whether we would have developed the argument for human rights based on individual dignity, whether democratic politics would have emerged, or whether freedom of conscience would have won out over tyranny. Secular historian Professor Rodney Stark is frank in his book The Victory of Reason: “Christianity created Western Civilization”.

There is also the Jesus of theology, a figure stretched and pulled in different directions by different traditions. But the core of Christian teaching is common: Jesus reveals God to the world, and his death and reported resurrection are understood to achieve peace between wayward human beings and a holy God. That mystery is at the heart of any understanding of Christian faith.

Ricky Bobby may prefer his “golden-fleeced diaper wearing” image of baby Jesus, but could we take a less B-grade comedy approach to him this Christmas and give the adult Jesus, the one with the beard, a closer look?

Dr Greg Clarke is Director of the Centre for Public Christianity

Justine Toh challenges the idea that Jesus’ birth is a “nice” story, divorced from harsh reality.