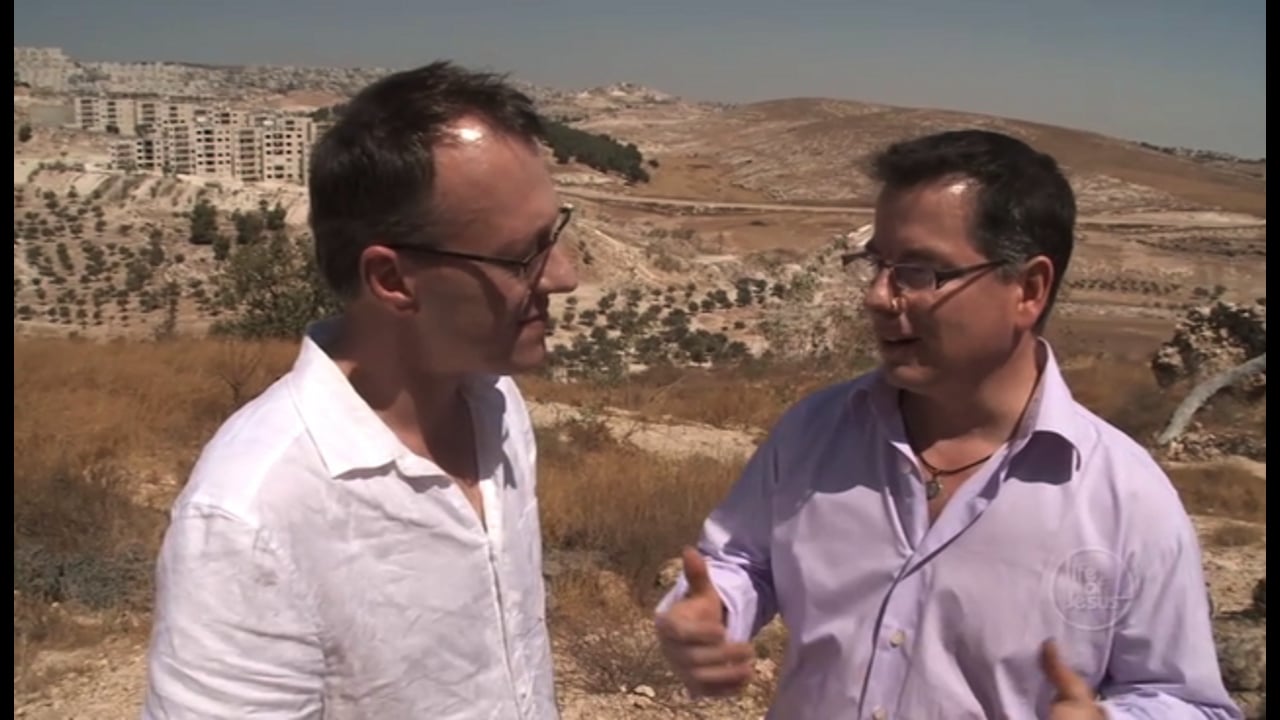 Behind the Life of Jesus: Can we really believe in “peace on earth”?

John Dickson and Greg Clarke discuss what “peace on earth” means in a world of conflict.

Behind the Life of Jesus: Can it be rational to believe in miracles?

John Dickson and Greg Clarke discuss what “peace on earth” means in a world of conflict.

On the set of the Life of Jesus documentary, John Dickson and Greg Clarke discuss what the angels announcement of “peace on earth” really means.

JOHN DICKSON: Greg, we’re in the Shepherds’ Field, the traditional site of the original Christmas announcement from the angels, “peace on earth”, and those words kind of stick in the throat.

GREG CLARKE: It is incredibly difficult to imagine peace in this place, when you’re standing here on the Palestinian side of Israel. They’re building walls in the background, there’s just divisions between people everywhere. The idea that peace would come here just seems so remote, that you could work towards peace somehow in a political process or through diplomacy, or even through power.

JOHN DICKSON: Well, actually, in the ancient world, in the time of Jesus, that was a notion of peace, the pax romana, the “peace of Rome” was precisely that Augustus had conquered all the warring parties into submission, and they called that “peace”.

GREG CLARKE: Well I suspect the angels were offering a subtle critique of that view, that that was the way peace would be brought about. It’s certainly not the way of Jesus, it’s not the Christian message about peace at all. I mean, Jesus announced the coming of the “kingdom of God”, that’s how peace would come, and he in his teaching, in what he did, and ultimately in his death and resurrection, he announced the way of peace.

JOHN DICKSON: But is that just like a future thing, you know a “pie in the sky”, so let’s not worry about it now?

GREG CLARKE: I think Christians make two big mistakes in this area. There are those who really think we can work towards it now, we’re going to bring about utopia, the kingdom will come if we work hard enough, through politics, through social action, we can do it all – that is a real stretching of the New Testament teaching. But the other really big mistake, and just as terrible, is the idea that we do nothing now, that everything comes in heaven, it doesn’t matter what we do on this earth. I mean, Jesus really announced the way of the kingdom, he taught us the kingdom’s values, and if we walk in the kingdom’s way we’re heading towards the pathway of peace already.