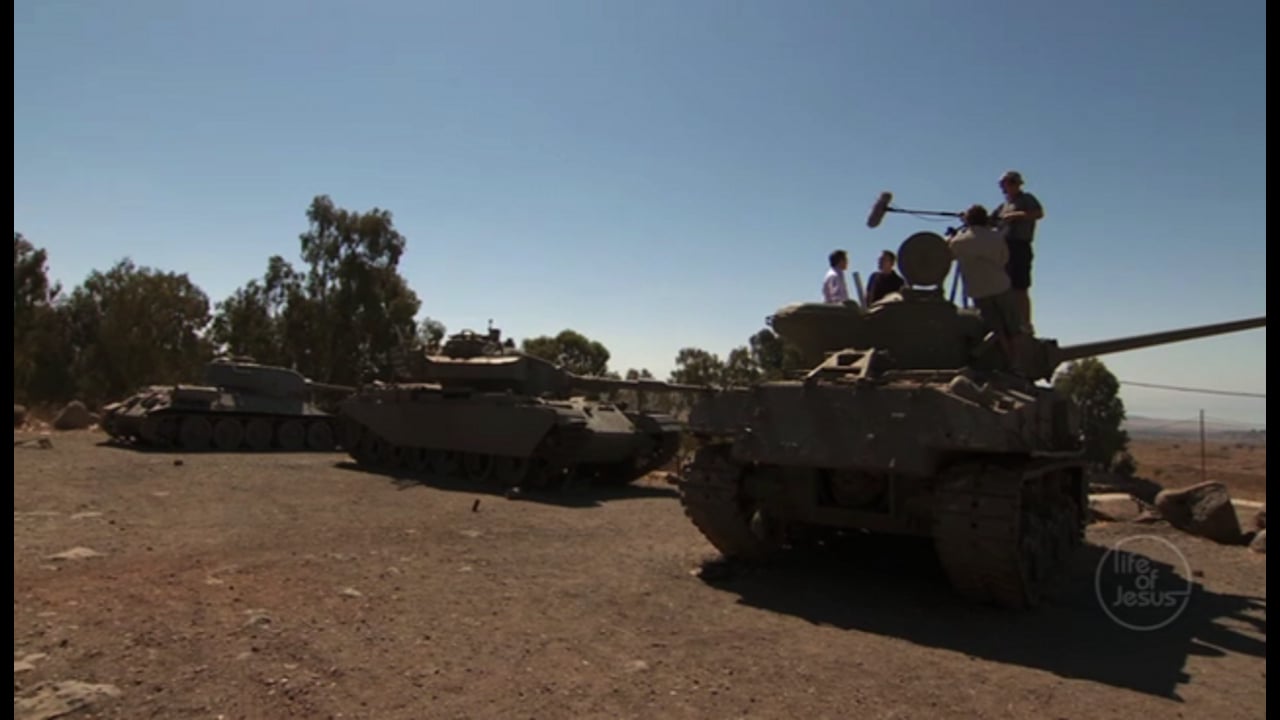 Behind the Life of Jesus: How could God allow suffering?

John Dickson and Greg Clarke discuss why God doesn’t just end the suffering in the world.

Behind the Life of Jesus: Can you be good without God?

John Dickson and Greg Clarke discuss why God doesn’t just end the suffering in the world.

On the set of the Life of Jesus documentary, John Dickson and Greg Clarke discuss the complex question of God and suffering from both philosophical and emotional perspectives.

JOHN DICKSON: Greg we’re in the Golan Heights talking about Jesus’ vision of a coming kingdom – a kingdom of peace, the end of suffering, and so on. It begs the question – why doesn’t God end the suffering?

GREG CLARKE: Yeah, and it’s the question on every thinking person’s lips, isn’t it? How could a God that is good and powerful allow a world like this one to unfold? For some people this question is so hot, they give up on God altogether; they conclude that kind of God just could not exist. I think that’s unnecessarily despairing. There are two kinds of issues in operation here: there are the logical, philosophical issues; and there are the emotional, experiential issues. On the logical, philosophical front, there isn’t really a contradiction between the statements that God is good and God is powerful and that evil and suffering exist. I mean God can have all sorts of appropriate reasons for allowing a world like this. For example, He may want human beings to deliberately seek the good, not to be just like puppets on a string. So, you can explore the philosophical questions.

JOHN DICKSON: That’s only part of it though. Surely the emotional side of this question is far more powerful.

GREG CLARKE: Yeah and that really is the heart of it, and the struggle for people. I mean, people cry out to God saying ‘God, how could you allow this place to be the way it is? How could you put up with it?’ But Christian teaching’s always been that God actually doesn’t put up with the world. He’s always wanted a loving, peaceable, pain-free world, and we’re the ones who’ve moved, we’re the ones who’ve brought evil and suffering into the world. In fact, the problem of the world is so much associated with us. And God still wants a loving, peaceable, pain-free world, in fact, that’s the very idea behind the kingdom of God and the pathway in which Jesus is taking us. Another part of the Christian teaching though, that I find incredibly helpful on this, is the idea that God has actually entered into the pain of the world, He’s entered into our suffering in the person of Jesus of Nazareth. That God has actually taken on human form, that he knows what it’s like to suffer, he’s experienced what we’ve experienced and even more. And that Jesus’ coming into the world is showing God’s sympathy for our situation, and that we’re heading towards a world where these things will be resolved – not only human suffering, but the suffering of the whole creation.

JOHN DICKSON: So, we might not have all the intellectual answers, but we have a clear picture of the God we bring our questions to?

GREG CLARKE: We have a God who sympathises with the human situation and wants it to be resolved.