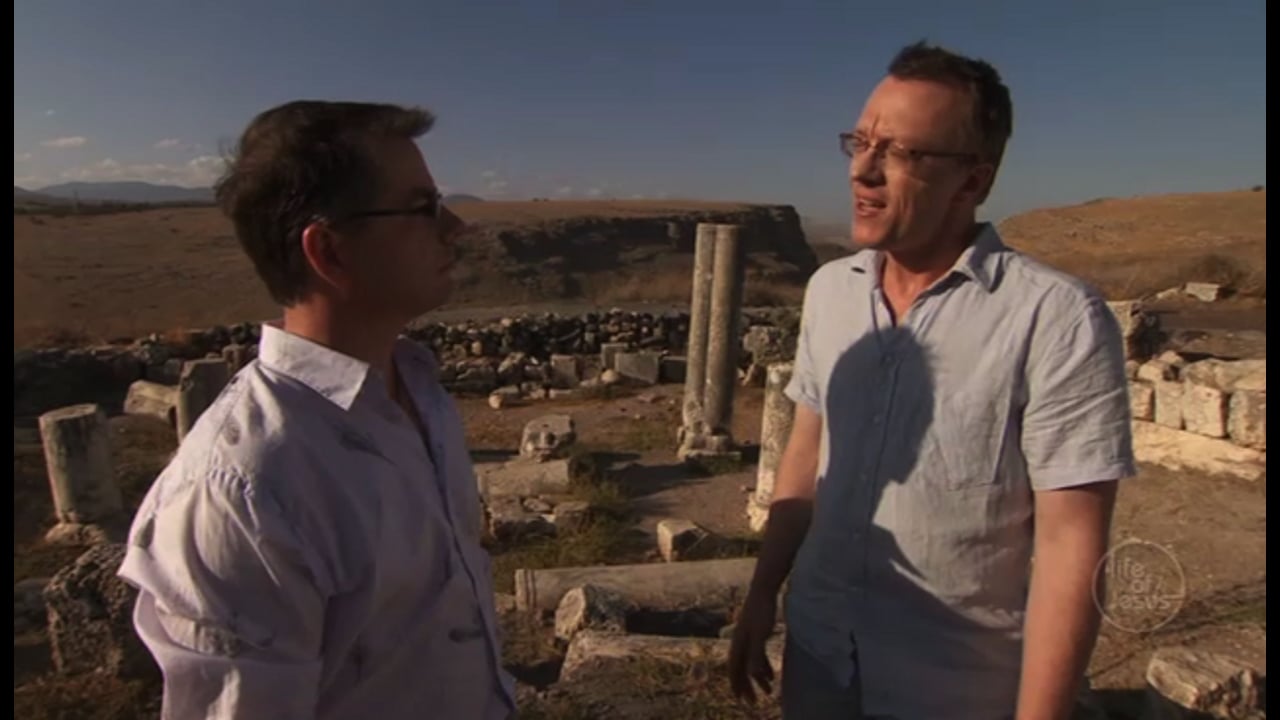 Behind the Life of Jesus: Why don’t more Jews follow Jesus?

John Dickson and Greg Clarke discuss the changes in Judaism over time.

Behind the Life of Jesus: Can we really believe in “peace on earth”?

John Dickson and Greg Clarke discuss the changes in Judaism over time.

On the set of the Life of Jesus documentary, John Dickson and Greg Clarke discuss the intriguing question: if Jesus was so Jewish, why don’t more modern Jews follow him?

GREG CLARKE: John, we’re standing here in the ruins of this ancient Jewish synagogue, you’ve been talking a lot about Jesus’ Jewishness in the Life of Jesus series, but it begs the question: if Jesus is so Jewish, then why don’t more modern Jews follow him?

JOHN DICKSON: It has to do with the changes that occurred in Judaism after Jesus. The really important thing to hold in mind is that in the period of Jesus, there were different types of Judaism. There were zealots, who wanted to conquer the Romans; there were Sadducees, who looked after the temple structures and the sacrifices; there were also Pharisees, who were developing all sorts of legal codes for Jews to follow to be more purely Jewish. And then you’ve got Jesus’ type of Judaism, which is kind of a prophetic, reform movement – John the Baptist and Jesus seem to reflect this movement – calling Judaism back to its core principles rather than expanding its laws. But what happens is that in the year 70, when the Jerusalem temple is sacked, and there’s disaster in this land of Palestine, only one form of Judaism really seems to flourish, and it’s the form that wasn’t focused on the temple, it was the Pharisaic Judaism, with all of its laws – that Jesus critiqued – but now it becomes codified. So that by the end of the first century, lots of Jews who were impressed by the Pharisees, are saying you can’t really be a follower of Yeshua, and a Jew.

GREG CLARKE: I’ve got no Jewish friends who call themselves Christians, so what’s going on there?

JOHN DICKSON: Well, there’s a sense in which these Messianic Jews have a claim to be Jewish – they represent, if you like, an earlier form of Judaism. But modern Jews would be really troubled by that notion of being a Christian Jew, and it’s basically because after Jesus, by the second and third and fourth centuries, new holy documents were brought into existence – the Mishnah, in the year 200 – and in the fifth and sixth centuries, the Talmud. So these documents now define what a Jew is. In Jesus’ day, these documents didn’t exist: only the Old Testament – the Law and the Prophets and the Psalms – represented Judaism. So in the movement of history, Judaism has moved Jesus outside the circle of a true Jew.

GREG CLARKE: It sounds like you’re saying that modern Judaism is an entirely different religion to Christianity.

JOHN DICKSON: Well, in a sense, Jesus’ Christianity was Judaism in the first century; but by the modern definition of Judaism, Christianity and Judaism are two completely different things.