Piercing the Sadness: How God Resolves the World’s Discord

John Dickson reflects on sadness at Christmastime - and the promise of joy.

It is perhaps odd to begin a Christmas reflection with an insight from the Buddha, but Siddhartha Gautama did say something I find compelling and apt at this time of year: it is sometimes in the happiest moments that sadness pierces through. 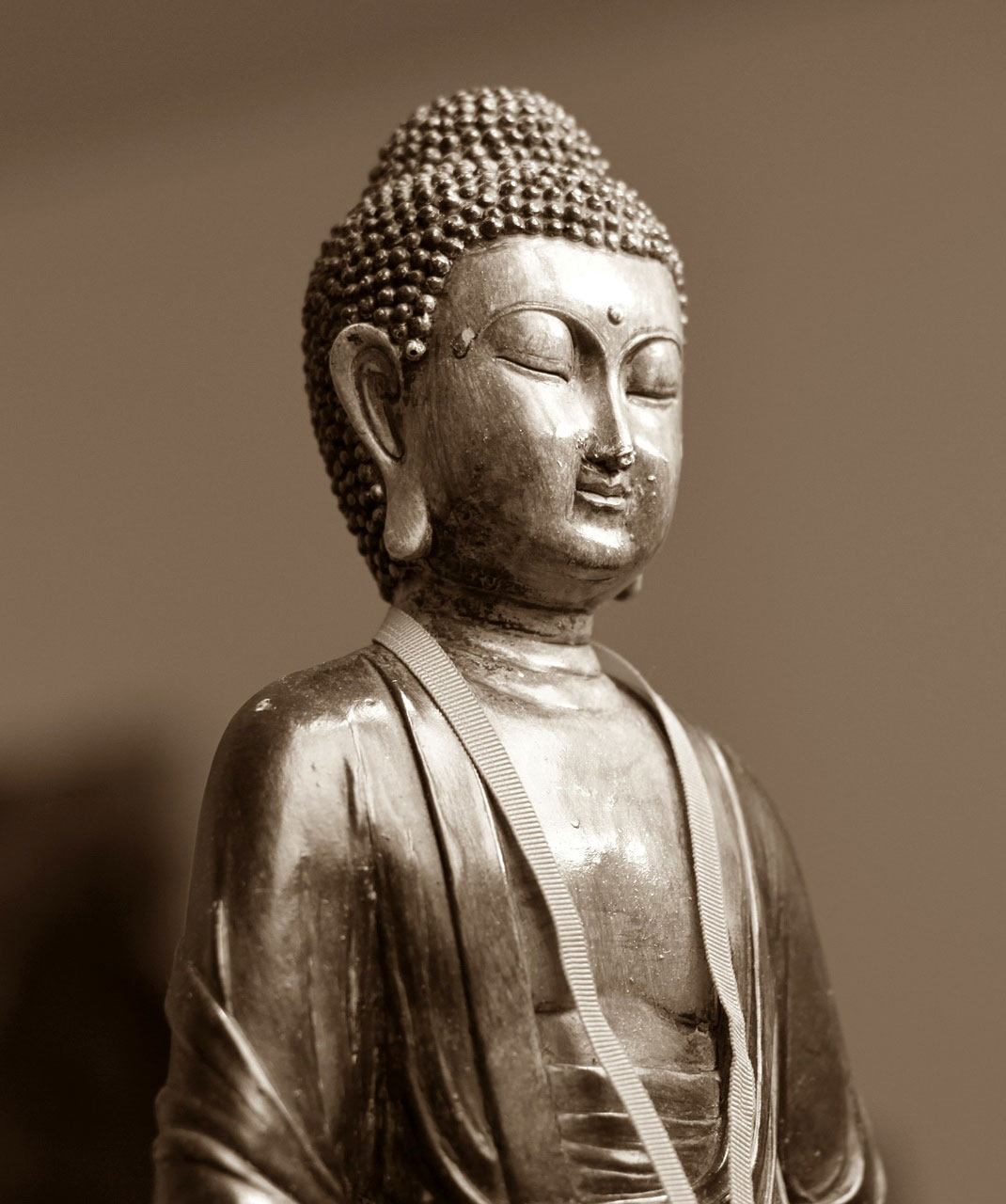 I can’t go all the way with Buddha and declare happiness a form of suffering, on account of it being transitory, but there is something in it.

There is so much to be happy about at Christmas: gifts, food, family, holidays. But many also find themselves confronted by sadness at this time of year: the sense of being alone in a crowd, pity for others while enjoying plenty, regret when with the people we love.

The poet John Keats lamented, “Ay, in the very temple of Delight, Veil’d Melancholy has her sovran shrine”.

ABC broadcaster Julia Baird made a similar point in the Sydney Morning Herald last week. 2016, she notes, has been a year of strange and troubling turns:

“Here, in coastal Australia, our streets are studded with opening frangipani, the air is thick with heat and salt, school uniforms folded away for the year and a sticky summer awaits. But an odd feeling of impotent despair has infected our conversations and celebrations this year: Aleppo, Brexit, climate change, fracturing global accord, partisan ugliness, and an atmosphere of cheap shots and short term gain. Gut has triumphed over grace.”

Baird’s answer is to find moments of peace in the simple pleasures: the beauty of music; the delight of a child’s play; the splash of ocean water against the skin. She doesn’t pretend this is a resolution to the mess. She just encourages us to let life’s small joys pierce the sadness, just as the sadness will often pierce the joy.

As a daily coping strategy, I like it. It is certainly more Christian than Buddhist to allow pleasure to point us to something beyond. But Christmas invites us further. And I know Julia Baird agrees. Christmas isn’t about retreating from a stressful year into a celebration of simple pleasures. It is about joy piercing the sadness, fully and forever. That’s the claim.

Anno Domini 1 was every bit as strange and troubling as AD 2016. Mary and her little family might not have had “Aleppo, Brexit, and partisan ugliness” but they did have Emperor Augustus flexing his muscles, demanding a worldwide census to extract more taxes and tighten his grip on his vassal states. They had the brutality of Herod the Great, a man who got rid of his own offspring on a hunch and thought nothing of doing the same to the infants of Bethlehem.

Then there was the unplanned and scandalous pregnancy, together with a 120km journey from Nazareth to Bethlehem, probably on foot (with all due respect to the donkey of the Christmas cards). And when they arrived, there was no room, just a “manger”.

The significance of this is easily lost on us. Baby Jesus in a manger is the ultimate Christmas cliche. And who knows what a manger is, anyway? We only use the word at Christmas time. You could be forgiven for thinking that “manger” means a special bed reserved for the Son of God, or a kind of throne for a baby king. A manger is an animal feeding area – either the “pen” or the “trough”.

Either way, the point is the same: God has stepped onto the world stage, at the lowest point imaginable. At the very moment Augustus is flexing his muscles and Herod is shaking his fist, God, we are told, enters the mess, humbly, from below. And he does so in order to turn the whole thing upside down.

This is the meaning Mary herself attached to the news that she will bear the Son of God. She responds with a song known as “the Magnificat”:

“My soul glorifies the Lord
and my spirit rejoices in God my Saviour,
for he has been mindful of the humble state of his servant.
He has scattered those who are proud in their inmost thoughts.
He has brought down rulers from their thrones
but has lifted up the humble.
He has filled the hungry with good things
but has sent the rich away empty.”

Every year there are many and varied claims about “the true meaning of Christmas” – from priests, politicians and advertisers. But we should surely listen to the mother at the centre of it all. According to Mary, Christmas is about God turning things upside down, which is really the right way up.

Mary’s song will become the world’s song. Joy will pierce the sadness, fully and forever.

God does this not from “on high” – with the power of Augustus and brutality of Herod. That would just be more of the same, the Almighty playing the old human power game, only with more force. God achieves his purposes from below, in the humility of a manger, with lowly shepherds as first witnesses, and with foreign magi as first worshippers.

Everything about the story – indeed, the whole story of Jesus – says that God will reverse the mess by first getting his hands dirty. He will mend the world by first being injured. He will enter the noise, only to transpose it into a beautiful tune. Mary’s song will become the world’s song. And joy will pierce the sadness, fully and forever.

The Atlantic magazine recounts a remarkable story of musical discord and resolution. Wynton Marsalis, arguably the greatest living trumpeter, was playing incognito in a tiny jazz bar in New York City one sleepy Tuesday evening in August 2001. In the fourth song Marsalis stepped forward and played a haunting ballad that had the small room mesmerised. At the climax of the tune someone’s mobile phone went off, “blaring a rapid singsong melody in electronic bleeps”. People started giggling and returned to their drinks and conversation. “The whole moment – the whole performance,” wrote the journalist who happened to be there, “unravelled.” Marsalis stood motionless behind the microphone, eyebrows arched. And the journalist scribbled in his notepad “MAGIC, RUINED”. 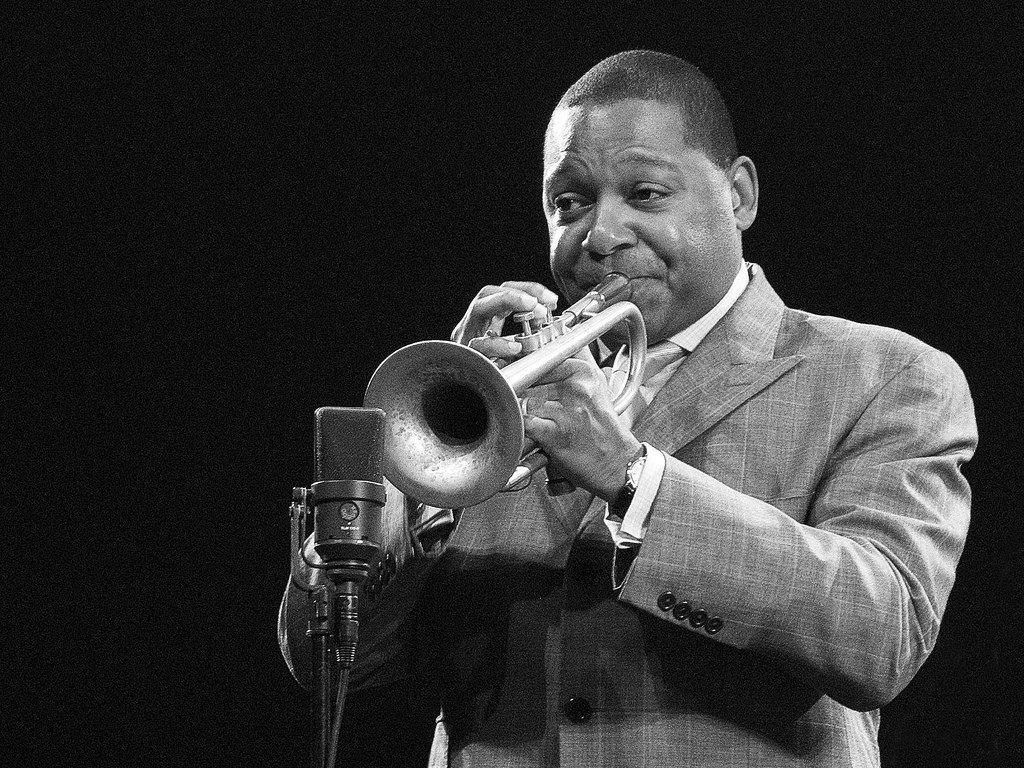 A few moments later, Marsalis started to play again – the silly mobile phone tune he’d just heard. People laughed appreciatively and turned their attention back to him. “Then he repeated it,” we are told, “and began improvising variations on the tune. The audience slowly came back to him. In a few minutes he resolved the improvisation – which had changed keys once or twice and throttled down to a ballad tempo – and ended up exactly where he had left off. The ovation was tremendous.”

A musical resolution is, for me, a nice image of the promise at the heart of Christmas. God intends to take all the discord and sadness – the power plays and brutality – and somehow weave it back into his eternal melody. The life of Jesus, from manger to resurrection, is like the first notes of the resolution.

At one level, Christ’s story reads like it’s part of the mess – a baby in a trough, a Saviour on a cross. But, actually, it’s the key change, the transition point. It’s the moment God enters the cacophony only to resolve it. The manger tells us tyranny won’t win. Jesus’s life and teaching provide a model of love our world desperately needs. His death bears our wrongs and restores us to God. And his resurrection is the proof and pledge that the Creator will breathe new life where there is death.

Grace will triumph over gut. Mary’s song will become the world’s song. Joy will pierce the sadness, fully and forever. And the ovation will be tremendous.

John Dickson is Founding Director of the Centre for Public Christianity and Honorary Fellow of the Department of Ancient History, Macquarie University.

Top 10 tips for Atheists this Easter